Come, Let Us Worship: This Is War 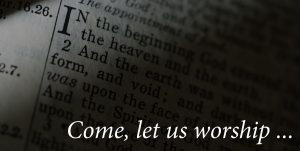 “Do not think that I came to bring peace on the earth;

I did not come to bring peace, but a sword.”

“The greatest trick the Devil ever pulled was convincing the world he doesn’t exist.”  The variously attributed quote rings with the alacrity of truth.  An atheist, even, may dispute the point as jocular and archaic, but counter, in typical truth-suppression mode (Rom. 1:18), that ”the greatest trick God ever pulled was in not showing us that he does.”  Yet, for much of the world, the Devil is merely the fabrication of an infantile mythology now relegated to the dark ages of human history.

But the biblically informed believer knows Satan exists. John MacArthur simply points to Scripture,  “If you look at history you know there’s a devil.  He tempted Eve in Genesis 3.  He tempted Christ in Matthew 4.  He perverted God’s Word in Matthew 4 and he opposed God’s work in Zachariah 3.  He hindered God’s servant in 1 Thessalonians 2 and he hinders the gospel in 2 Corinthians 4.  He snares the wicked in 1 Timothy 3.  He desires the nations in Revelation 16.  He’s an angel of light in 2 Corinthians 11.  He fights with Michael in Jude.  He brought sin into the world in Genesis 3.  He now has the whole world lying in his lap in 1 John 5.”

If a denial of existence is the devil’s greatest deception among the condemned-already world (John 3:18), perhaps the greatest hoax Satan perpetrates on believers, who are “not of this world” (John 17:14), is to lull them into complacency about the warfare that is the Christian life.

To Be A Christian Is To Be A Soldier of Christ

“Every professing Christian is a soldier of Christ.  He is bound by his baptism to fight Christ’s battles against sin, the world, and the devil.  The man that does not do this, breaks his vow; his is a spiritual defaulter; he does not fulfill the engagement made for him.  The man that does not do this, is practically renouncing his Christianity.  The very fact that he belongs to a church, attends a Christian place of worship, and calls himself a Christian, is a public declaration that he desires to be reckoned a soldier of Christ.”   J.C. Ryle

The nominal Christian will find Ryle’s words quaint and fundamentally extreme, distinctly at odds with the “wonderful plan for my life” gospel of pop Christianity.  For the Christian “in name only,” warfare against “sin, the world, and the devil” simply doesn’t exist.  They are the focus of the culturally-relevant gospel they’ve been taught, so it’s untenable that they should be expected to live as self-sacrificing soldiers in Christ’s war.  Rather, He is expected to be a divinely-empowered commando in theirs.

But the genuinely regenerate Christian who has been lulled into spiritual lethargy ought to note the seriousness of Ryle’s remark.  They ought solemnly reevaluate their response to the gospel call to follow Christ.  It is a call which demands nothing less than denial of self and a daily willingness to take up the cross; that is, to be willing to live and die as a faithful soldier of Christ (Luke 9:23).  Complacency is, as Ryle points out, “practically renouncing” the faith.

“The fact that the devil is everywhere called God’s adversary and ours ought to fire us to an unceasing struggle against him.  For if we have God’s glory at heart, as we should have, we ought with all our strength to contend against him who is trying to extinguish it.  If we are minded to affirm Christ’s Kingdom as we ought, we must wage irreconcilable war with him who is plotting its ruin.  Again, if we care about our salvation at all, we ought to have neither peace nor truce with him who continually lays traps to destroy it.”         John Calvin

Unlike the nominal Christian who finds dismissal of Christ’s warfare a negligible matter, or the complacent Christian who ought repent in light of the gospel demand on their life, the faithful believer not only knows the biblical reality of this warfare, but is actively, daily, engaged in waging “irreconcilable war.”  Such warfare is the Christian life.  “We are never to forget that we are individual units in a great army which is fighting a great campaign,” says Martyn Lloyd-Jones.  “In other words, the real, the ultimate issue is not so much my fight against the devil, as God’s fight with the devil.”

A Militant Church In An Ancient Warfare

Christ’s church through the ages has been known as the “church militant,”* in reference to “God’s fight with the devil.”  Yet this battle did not merely begin with the fledgling 1st-century church.  Rather, it began millennia ago when a throne coveting Lucifer pridefully rebelled against the “Most High” (Isaiah 14:12-15).  Mankind became quickly engaged in the combat when Satan came as a serpentine tempter (Gen. 3:1, Rev. 12:9) determined to turn image bearers of God into allies in his nefarious spiritual insurgency.  The “very good” creation (Gen. 1:31) of God would, merely three chapters into the sacred Word, be tainted by the rebellious, would-be usurper and a complicit first couple.

In Eden, the enemy found easily duped creatures whom he could enlist in his diabolical campaign.  His deception came in the consistent fashion he’s employed in the ages since.  He deceives and destroys with the question, “Hath God said?”  But no sooner had Satan introduced the poison of the sinful denial of God’s Word into our gullible first parents than God injects His sovereign, amazing grace.

Charles Spurgeon said, speaking of Genesis 3:15, “This is the first gospel sermon ever delivered upon the face of the earth.  It was a memorable discourse, with Jehovah Himself for the preacher, and the whole human race and the prince of darkness for the audience.”  Where Satan deceived, God displayed grace.  Where man had fallen, God made a way for lifting up.  Where fellowship with Him was broken, God promised a means of reconciliation.  Yet God, the “holy, holy, holy” One (Isaiah 6:3, Rev. 4:8), must also pass judgment on sin.  Spurgeon continues:

“These words were directed distinctly to the serpent himself and were given as punishment to him for what he had done.  It was a day of cruel triumph to him: such joy as his dark mind is capable of had filled him, for he had indulged his malice and gratified his spite.  He had in the worst sense destroyed a part of God’s works; he had introduced sin into the new world; he had stamped the human race with his own image and gained new forces to promote rebellion and multiply transgression; and therefore he felt that sort of gladness that a fiend can know who bears hell within him.”

“But now God comes in,” says Spurgeon, “takes up the battle personally, and causes the enemy to be disgraced on the very battlefield where he had gained a temporary success.  He tells the dragon that this quarrel shall not be between the serpent and man but between God and the serpent.”

Satan would, with our first parents, hear the promise of a coming “Captain of salvation” (Heb. 2:10), a suffering Savior who would crush him and claim victory in this heavenly war.  As the Prince of Preachers wrote, God “promises that there shall rise in the fullness of time a Champion who, though He suffer, shall smite in a vital part the power of evil, bruising the serpent’s head.  This was a message of mercy to Adam and Eve because they knew that the tempter would be punished, and as that punishment would involve blessing for them, the vengeance due to the serpent was the guarantee of mercy to themselves.”

Millennia later, this ancient warfare continues, though against a judged foe (John 16:11) whose defeat is promised (Rom. 16:20).  That partially-revealed “first gospel,” the proto-evangelium of Genesis 3:15, has now become fully revealed in the Lord Jesus Christ (Heb. 1:2) who has come to “destroy the works of the devil” (1 John 3:8).  The gospel promise of divine victory is as certain as His Word, though by God’s perfect plan and purpose, the enemy still remains a potent adversary against His image bearers.  The “father of lies” (John 8:44), who is “the god of this world” (2 Cor. 4:4), wages his deceptive warfare through that sin-corrupted, divinely cursed world (Gen. 3:17), striving to keep God’s fallen image bearers betrothed to sin by “the lust of the flesh and the lust of the eyes and the pride of life” (1 John 2:16),  the wicked emblems of his reign.

As we worship, let us praise our Savior knowing that, by grace, we are the privileged soldiers of a King who did not come to bring peace, but a sword (Matt. 10:34).  Let us have vigilant hope for the return of our conquering King (2 Thes. 1:7-8) who “in righteousness judges and wages war”(Rev. 19:11), who “is clothed with a robe dipped in blood, and His name is called The Word of God” (Rev. 19:13).  Let us maintain awe of Him who “treads the wine press of the fierce wrath of God, the Almighty” (Rev. 19:15).  Let us submit humbly to Him who alone can “crush the head” (Gen. 3:15) of the ancient enemy and who will finally cast him “into the lake of fire and brimstone … to be tormented day and night forever and ever” (Rev. 20:10).

May the nominal Christian abandon the warless fruit of his false faith, and repent and believe in the biblical gospel (Mark 1:15); may the complacent Christian be stirred to repentance and engage the battle against sin, the world, and the devil.  Be not among those of whom Ryle wrote, “I do fear for many professing Christians: I see no sign of fighting in them, much less of victory; they never strike one stroke on the side of Christ.  They are at peace with His enemies; they have no quarrel with sin.  Reader, I warn you, this is not Christianity: this is not the way to heaven.”

Let us live and worship in light of the warfare to which we’ve been called, clad with the sufficient armor He supplies (Eph. 6:10-18), assured of His ultimate victory.  “Almighty are your enemies,” notes Ryle, “but the Captain of your salvation is mightier still: His arm, His grace, and His Spirit shall hold you up.”  This is our certainty, for He alone is “KING OF KINGS, AND LORD OF LORDS” (Rev. 19:16).  May our worship this day be a respite in the midst of warfare, as unworthy soldiers given grace by the Worthy One (Rev. 4:11) who has promised “I am coming quickly” (Rev. 22:7, 12,20).

*See Spurgeon’s sermon “A Prayer for the Church Militant“ 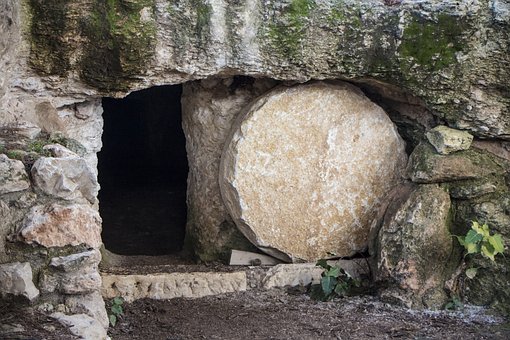 Now I would remind you, brothers, of the gospel I preached to you, which you received, in which you stand, and by... 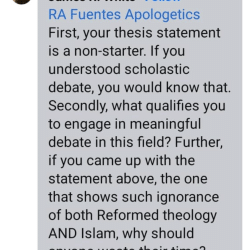 “Christians are truth people - we bend over backward to be accurate, fair, and honest. State opinions by all means but... 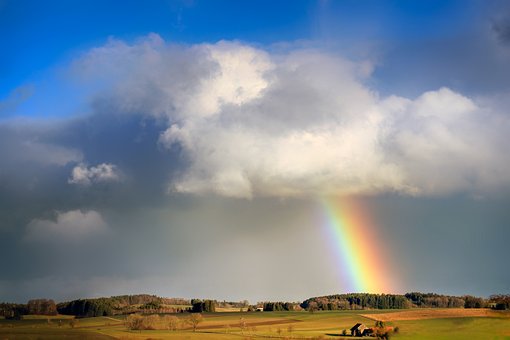 “For God so loved the world, that he gave his only Son, that whoever believes in him should not perish but have...