Does Baptism Literally Bury a Christian With Christ? 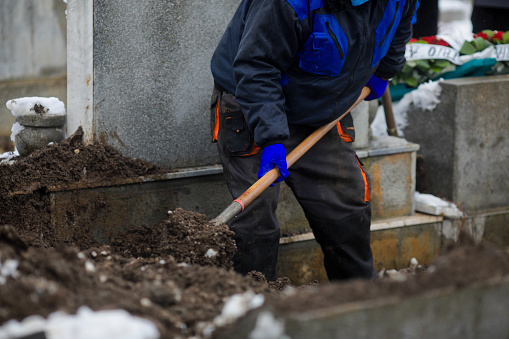 “having been buried with him in baptism, in which you were also raised with him through faith in the powerful working of God, who raised him from the dead” (Colossians 2:12, ESV).

This is the final article which will cover the heresy of baptismal regeneration. This is the final verse that has not been covered in Norm Field’s answers to Andrew Rappaport’s questions. Yet, this verse was already covered in the initial interview with Norm Fields on “What is the Church of Christ.”[1] Yet, there are some hermeneutical principles which can be discussed to show how to avoid eisegesis in this passage. The primary rule baptismal regenerationists break when interpreting this text is literalizing a passage that is meant to be taken metaphorically.

The passage says, “having been buried with him in baptism, in which you were also raised with him through faith in the powerful working of God, who raised him from the dead” (Colossians 2:12, ESV). As Andrew Rappaport says in the interview, if one were to take this passage literally, one would not be saved until one was resurrected.[2] When the passage does not make sense literally, if the context demands it, the passage should be taken metaphorically or symbolically. There is also the option to interpret this as spiritual baptism, since water is not mentioned in the passage and baptism means to “immerse, dip, or drown.” In any case, it does not say water baptism saves a person. Context will better determine the meaning of the passage.

The passage as a whole says,

See to it that no one takes you captive by philosophy and empty deceit, according to human tradition, according to the elemental spirits of the world, and not according to Christ. For in him the whole fullness of deity dwells bodily, and you have been filled in him, who is the head of all rule and authority. In him also you were circumcised with a circumcision made without hands, by putting off the body of the flesh, by the circumcision of Christ, having been buried with him in baptism, in which you were also raised with him through faith in the powerful working of God, who raised him from the dead. And you, who were dead in your trespasses and the uncircumcision of your flesh, God made alive together with him, having forgiven us all our trespasses, by canceling the record of debt that stood against us with its legal demands. This he set aside, nailing it to the cross. He disarmed the rulers and authorities and put them to open shame, by triumphing over them in him (Colossians 2: 8 – 15, ESV).

Paul first warns the Colossians, to whom he is writing, to not be swayed by manmade, pagan ideas (v. 8). The reason he gives is that Christ is God and man and dwells inside believers spiritually (vv. 9 – 10).

The first illustration Paul gives is circumcision “made without hands” (v. 11b). This passage talks about “putting off the body of flesh, by the circumcision of Christ” (v. 11c). In light of the context of not being swayed by manmade, pagan ideas in verse eight, it makes sense that these sinful ideas are what are putt off by the cutting of Christ. I can tell you for a fact I did not leave my physical body when I repented and trusted in Jesus. So, a literal interpretation of this verse does not make sense.

It also makes since that if verse eleven was metaphorical and symbolic, then the other experience every Christian experiences is symbolic as well. It echoes Romans 6:1 – 11 when Christians were baptized, they symbolically were buried with him in his death and was raised in a newness of life, so they are dead to sin and alive to God.[3]

Paul wraps it up with adding the two rituals together, or at least what believers were before God saved them, and saying God saved them in Christ Jesus before they were spiritually circumcised and baptized by regenerating them in Christ, forgiving their sin, and canceling their debt at the cross (Colossians 2: 13 – 14). When he did this he triumphed over all rulers, authorities, making their manmade pagan ideas meaningless and shameful (v. 15).

The immediate context shows verse twelve is symbolic. Jesus saves believers when God regenerates them through faith by the atoning sacrifice of Christ. The passage teaches Christians to reject manmade ideas because they are indwelt by Christ. Baptism is the symbol that Christians have died to sin and are raised to a newness of life in Christ. It is not what saves the believer. It is the mercy of God that saves the believer in Christ. The verses which baptismal regenerationists use to defend their teaching have been refuted by looking at what the passage means and the immediate context of those passages.

[3] Josiah Nichols, “Does Baptism Literally Unite Us With Christ’s Death? The Answer May Surprise You”, Striving For Eternity March 24, 2022, Accessed April 18, 2022, https://strivingforeternity.org/does-baptism-literally-unite-us-with-christs-death-the-answer-may-surprise-you/