Does Baptism Save Us? Not the Water! (Norm Fields) 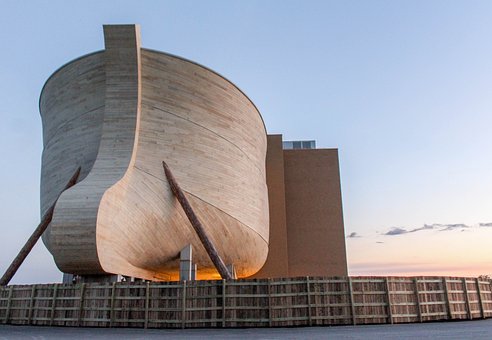 “Baptism, which corresponds to this, now saves you, not as a removal of dirt from the body but as an appeal to God for a good conscience, through the resurrection of Jesus Christ,” (1 Peter 3:21, ESV)

One other passage which got me through a Restoration college was the above passage. People from the Restorationist Movement say salvation is actuated in water baptism, or water is the element God chose to save believers. Yet, this passage seems to say the baptism that saves is not the water but being “immersed in Christ” (in other words a spiritual baptism). Being immersed into Christ is when the Holy Spirit seals a believer in faith. Justin Pierce tried to explain the context to Norm Fields in his heated discussion on Apologetics Live, but was laughed at, mocked, and called biblically illiterate.[1] So we will look at the context to see if this is the case.

What Does the Passage Say?

The words “which corresponds to this” bring the reader back to the previous section. While some might go back to the ark which saved eight people in the flood, we will demonstrate in the next section it is supposed to take the reader back to Christ’s suffering, death, and resurrection (v. 18). The rest of the verse makes it quite obvious Jesus’ suffering, death, and resurrection is what Peter has in mind when he says, “body but as an appeal to God for a good conscience, through the resurrection of Jesus Christ” (v.21b). The mention of the resurrection re-emphasizes the main point.

One thing Pastor Pierce was trying to point out, when he was mocked, was the fact that the context doesn’t even start with verse 18. The argument for living righteously because of Christ’s sacrifice starts much farther back to when Peter started showing the necessity for Christians to demonstrate Christ’s righteous suffering (2:18).

Justin Pierce made the case that one can see it in 3:1, when Peter was addressing women on how to deal with their husbands. Norm could not see the connection because of his preconceived ideas of baptismal regeneration from his Church of Christ traditions being inserted into the text. Justin reminded me that the theme of dealing with suffering in light of the gospel is the main theme of the letter. He also reminded me the letter was not written to unbelievers to be saved, but to believers who were scattered all over Asia Minor (v. 1: 1).

Peter is building the case that the gospel, salvation predetermined by God in the sacrifice of Jesus through faith, is the comfort Christians need to suffer through this world and be obedient to God (1 Peter 1:2 – 13). He builds his case reminding believers of Jesus’ death ransoming them to adopt them as God’s children, ransom them from their former way of life, and showing they were saved to be obedient to Christ through the eternal Word of God (vv. 13 – 25). He builds on the foundation of being saved by the Word of God through reminding them of its life-giving power, quoting it, and using it to remind them of their new status as God’s people (2:1 – 10). He moves on to show the necessity of living a transformed life in front of the Gentiles as a witness to them of the truth of God’s Word and the gospel, suffering abuse when necessary (vv. 11 – 17).

After that, Peter starts showing how this looks like in the household, starting with the house slave (v. 18). It is the position of the slave which is to remind the believer of Christ suffering to redeem us from sin and trust in God to do what is just (vv. 19 – 25). Then Peter moves on to the position of the wife and relates her position to the position of how Sarah submitted to her husband and was an example of faith through her obedience (3: 1 – 6). Peter briefly addresses husbands to be faithful and honorable to their wives so their prays will not be impeded (v. 7).

The point of all this building up was to show believers were to be unified in love, sympathy, kindness, and humility (v. 8). Then Peter shows believers that they are called to righteous living through suffering so they can give an answer to people who witness their suffering and present the gospel of Christ (vv. 9 – 17).

Then as mentioned above, Peter again points to Jesus’ suffering, death, and resurrection to remind them of what Christ has done to save the believer. Peter illustrates this through Jesus preaching this faithfulness to the demons who were possessing men and making babies with women who were punished and sent to a spiritual prison (v. 19). This caused God to punish the whole world and save people through an ark, which saved only his family, pointing to Christ being the only way through God’s wrath (v. 20).

Peter made clear that he did not want readers to think he was referring to water baptism when he specifically said “not the removal of dirt from the flesh” (1 Peter 3:21). That he was actually referring to a spiritual reality when he wrote “baptism now saves” is also clear from the phrase, “an appeal to God for a good conscience—through the resurrection of Jesus Christ” (v. 21). The only baptism that saves people is dry—the spiritual one into the death as well as the resurrection of Christ—of those who appeal to God to place them into the spiritual ark of salvation safety (cf. Romans 10:9-10).[2]

The above information is enough to prove that Baptism does not save us. It is repentant faith in Jesus Christ. There are plenty of passages which show that salvation is by grace through faith in Christ, not works (Ephesians 2: 8 – 9). This is one of them. Pray for Norm Fields that God opens his eyes.