Calvinism is often referred to as T.U.L.I.P. T.U.L.I.P. is the acronym for Total Depravity, Unconditional Election, Limited Atonement, Irresistible Grace, and Preservation of the Saints.

Is Calvinism biblical? Many people ask this question when they run into the doctrines of grace. These doctrines run against the church teachings most people have been taught since childhood. Here are a few long held beliefs people have heard their entire church life: “People are basically good.” “God does not choose who goes to heaven.” “Jesus died for everybody.” “People can lose their salvation.” “People can equally choose good and evil.” The doctrines of grace run contrary to these long held beliefs.

The question believers have to ask themselves is, “Are my beliefs biblical?” Another way to put this question is, “Which truths are supported by Scripture?” Believers need to root their thinking in the Word of God. This article seeks to show if the Bible supports the doctrines of grace.

The doctrines of grace, Calvinism, are summed up in the acronym T.U.L.I.P. The “T” stands for total depravity. Letter “U” stands for unconditional election. The “L” stands for limited atonement. Letter “I” stands for irresistible grace. “P” stands for preservation of the saints. These doctrines will be defined and shown if they have biblical support below.

A good definition of total depravity can be found in our What We Believe section on the website, “Every person has a sin nature and is totally depraved in that they lack the proper affection and love toward God and do evil. Total depravity also refers to the complete man having been corrupted by sin, including man’s will.”[1] In other words, man is not as depraved as he could completely be. Mankind is corrupted by sin in the mind, heart, and will to the point no one can please God apart from the saving, regenerating work of God.

There are numerous more passages which support this doctrine that cannot fit in this document. Read the gospel of John and the epistle of Romans to get a better understanding of Total Depravity.

Unconditional election is the doctrine that teaches God chose people to be saved before the foundation of the world. It is not based upon ethnicity, skin color, sex, or any quality in mankind, but solely by the grace of God. This is also known as election or predestination. Our belief is, “Election is the act of God by which, before the foundation of the world, He chose in Christ those whom He graciously regenerates, saves, and sanctifies.”[3] This doctrine does not negate the responsibility to repent and believe.

It is probably best to define this doctrine as actual atonement. The atonement Jesus provides actually forgives and removes sin from those to whom it is applied. This doctrine also teaches there is no one in Hell for whom Christ died. The atonement is only limited in its breadth. It is unlimited in its scope. This is because the nature of the atonement is that of a penal substitution. Jesus bore the sin of those who trust in Jesus, the elect; paid for that sin on the cross; and gives believers his righteousness (2 Corinthians 5: 21). As John MacArthur says, “Jesus Christ died and paid in full the penalty for the sins of all who would ever believe, so that His atonement is an actual atonement and not a potential one that can be disregarded.”[5] The passages which say Jesus is the atonement for he whole world shows the elect will come from all around the world, and his sacrifice is the only atonement the world will ever receive.

This doctrine teaches God will effectually save those who he has predestined to be saved. He will effectually bring his chosen to saving repentance and faith. God wins – His will won’t be thwarted. John MacArthur says, “It is the divine summons.  It is the divine subpoena, not for judgment and not for punishment, but so that you can be declared righteous, free from condemnation, forgiven.  It is the call to salvation.”[6] This doctrine shows God is sovereign over all things, including salvation.

Preservation of the Saints

Once a believer is saved they are always saved. It is important to remember this is not a license to sin (Romans 6). The mark of a genuine believer is they will endure to the end (Matthew 24: 13).

Due to the nature of the quote above, I will ask you to look up those verses yourself. There are over ten passages which are used to support eternal security. Yet, I want you to look at the last part of Romans 8:

What then shall we say to these things? If God is for us, who can be against us? He who did not spare his own Son but gave him up for us all, how will he not also with him graciously give us all things? Who shall bring any charge against God’s elect? It is God who justifies. Who is to condemn? Christ Jesus is the one who died—more than that, who was raised—who is at the right hand of God, who indeed is interceding for us. Who shall separate us from the love of Christ? Shall tribulation, or distress, or persecution, or famine, or nakedness, or danger, or sword? As it is written, “For your sake we are being killed all the day long; we are regarded as sheep to be slaughtered.” No, in all these things we are more than conquerors through him who loved us. For I am sure that neither death nor life, nor angels nor rulers, nor things present nor things to come, nor powers, nor height nor depth, nor anything else in all creation, will be able to separate us from the love of God in Christ Jesus our Lord (Romans 8: 31 – 39).

“In him you also, when you heard the word of truth, the gospel of your salvation, and believed in him, were sealed with the promised Holy Spirit, who is the guarantee of our inheritance until we acquire possession of it, to the praise of his glory. (Ephesians 1:13-14)

It is clear from the evidence given above that the doctrines of grace are biblical. It is a shame that people call it Calvinism. It should rather be called biblicism because it merely is what the biblical writers taught on salvation and the sovereignty of God. It did not originate with John Calvin but from Matthew, John, and Paul. Since these men were inspired by God, these doctrines came from God himself.

This brings us to the harmony between the doctrines of grace and the responsibility of man. Andrew Rappaport has presented a convincing case that salvation works the same way as the writing of Scripture. God superintended the biblical writers to write Scripture in such a way to use their writing styles, experiences, and thoughts to bring about God’s Words inerrantly and infallibly.  In the same way, God uses the elects’ lives, experiences, and wills in such a way they repent and trust in Jesus. This way it is our responsibility to repent and trust in Jesus, but God gets all of the credit. These doctrines of grace should comfort the believer that God is for them, loves them, and will keep them for all eternity.

If you want more biblical resources on studying the Scriptures, check out the store at strivingforeternity.org/store. There are also a lot of other articles on the website to encourage you to dive deeper into God’s Word. Please also check out Apologetics Live at ApologeticsLive.com, where Andrew Rappaport, Dr. Anthony Silvestro, and Justin Pierce answer your questions and teach you how to defend the faith. It is on from 8pm – 10pm EST. Also, do not forget to check out the Rapp Report, where you can hear the teaching of Andrew Rappaport and the Christian Podcast Community. Lord bless you.

[2] Unless otherwise indicated all passages will be quoted in the ESV. 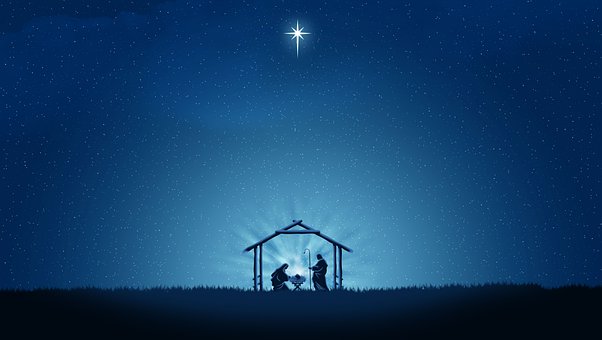 Introduction Is the incarnation important? Every year, millions of Christians celebrate Christmas around December 25....