Repentance in Light of Biblical Counseling

What is repentance? Is it required for salvation? How do we know when someone has truly repented? Repentance is not just a resolution to do better. Many people make New Year’s resolutions only to have them go by the wayside before the end of January. Repentance is not feeling badly about sin. Judas felt remorse about betraying Christ, but he never repented. Repentance is more. It is a change of heart. Repentance is a spiritual turning away from the sin and towards Christ.

“For even if I grieved you with my letter, I do not regret it—even though I did regret it since I saw that the letter grieved you, yet only for a little while. Now I rejoice, not because you were grieved, but because your grief led to repentance. For you were grieved as God willed so that you didn’t experience any loss from us. For godly grief produces a repentance not to be regretted and leading to salvation, but worldly grief produces death.” 2 Corinthians 7:8-10

Repentance is a word that simply means to turn around. In the New Testament, the word used is Metanoia, it is a military term meaning “to have another mind.” It is descriptive of a soldier marching and then abruptly turning around to go in the opposite direction: an about-face. So spiritually, repentance descriptively is when we are marching on in a self-idolatrous manner and then turn about-face to march onward in a Christ-serving manner. Metanoia involves having a hatred for sin, not just a casual change in thought about it.   It’s a complete change. Everything is different. You have a different focus, a different direction, a different motive, a different heart. This doesn’t mean that there is no gravel in the road that may trip us up occasionally – but our heart is still focused on our new direction, namely, glorifying Christ. As a result of this complete change, there is a change in behavior.

Repentance is not just believing, because even the demons believe. Repentance is such an entire change in heart in that we are made new. Good works are the fruit of repentance. When we have been made new, we live in ways that reflect that change. It is through this new commitment to the Word of God and to a life of holiness that we transformed, that we become more like Christ.

“Therefore if any man be in Christ, he is a new creature: old things are passed away; behold, all things are become new.” 2 Corinthians 5:17

“Therefore, bear fruits in keeping with repentance…” Luke 3:8a

“You’ll recognize them by their fruit. Are grapes gathered from thornbushes or figs from thistles? In the same way, every good tree produces good fruit, but a bad tree produces bad fruit.” Matthew 7:16-17

“Against you, and you alone, have I sinned; I have done what is evil in your sight. You will be proved right in what you say, and your judgment against me is just.” Psalm 51:4

“When Judas, who had betrayed him, realized that Jesus had been condemned to die, he was filled with remorse. So, he took the thirty pieces of silver back to the leading priests and the elders. ‘I have sinned,’ he declared, ‘for I have betrayed an innocent man.’ ‘What do we care?’ they retorted. ‘That’s your problem.’ Then Judas threw the silver coins down in the Temple and went out and hanged himself.” Matthew 27:3-5 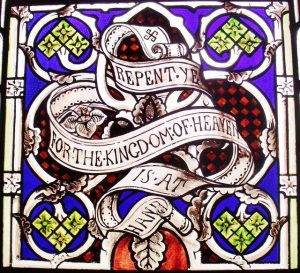 “With gentleness correcting those who are in opposition, if perhaps God may grant them repentance leading to the knowledge of the truth, and they may come to their senses and escape from the snare of the devil, having been held captive by him to do his will.” 2 Timothy 2:25-26

Before we are saved, we live our lives in obedience to the Flesh and to the Devil. Every action we take, every thought that we have, every motive in our hearts is totally corrupt and bent on self-worship, which is Satan worship. Before we are saved, we have a false understanding of Christ: at that point in time, He is not our Lord. Many people who are not saved view Christ as an enemy, as a figment of people’s imagination, as one of many ways to ‘god’, or as a nice guy. The unsaved do not view Jesus as who He has said that He is – the one and only way to God, the Messiah, the Lord of Heaven and Earth, God the Son wrapped in Flesh, the Perfect Lamb of God, the only possible sacrifice that could be made to take away the sins of the world. They do not view themselves as sinful people standing at enmity against a Holy God.  Repentance is required for salvation because we have to turn from this false belief and turn to the Risen Christ. Repentance is confessing these sins and these wrong beliefs and turning away from them.

Repentance is essential to salvation. You cannot have faith in Christ unless you have repented of your sins. Faith and repentance go hand in hand.  Saving faith is a repentant faith. This is not “faith plus repentance.” It is not two separate acts but one single change. Salvific faith occurs when we believe in, trust in, and simultaneously cling to Christ – which involves our turning away from our self-idolatry. We turn from our fleshly self-worship and false understanding of Christ, turn completely around and cling to Christ, our Lord. In Scripture, when we see “repent and believe” being used – though perhaps not both words at the same time – we can be assured that they are both implied. This is because each word is a synecdoche, a figure of speech in which a part of a thing is used to represent the whole. Faith implies a repentant faith and repentance implies repentant faith.

“When they heard this, they quieted down and glorified God, saying, ‘Well then, God has granted to the Gentiles also the repentance that leads to life.’”  Acts 11:18

“The Lord is not slow about His promise, as some count slowness, but is patient toward you, not wishing for any to perish but for all to come to repentance.” 2 Peter 3:9021 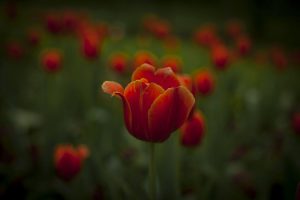 Repentance in Light of Biblical Counseling

I have the privilege of being a part of a large group of women in a private online community. Unlike most online communities, this group purposefully seeks to be a family and goes out of their way to “do life” with one another as we are all on the journey of Motherhood together. Amongst the almost 600 members, the question invariably arises “My husband broke my trust and did something awful. How do I know that he has really repented?” A painful question that desperately needs to be addressed.

In every conflict,the offending party must be willing to confess his or her sins. We can see that scripturally Repentance involves confessing of sin – acknowledging that sin has occurred and that it is in direct violation of God’s commands. So, in counseling, we must help the offending party to see that there are no secrets when it comes to repentance. It’s going to be ugly. It’s going to be difficult. The offending party needs to see how deeply they have harmed their spouse. This is not a time to shift the blame or to give excuses that minimize any aspect of it. Someone who is repentant is quick to accept all of their responsibility.

Repentant people are people who will ask to be forgiven. They see that they have caused injury and offense and want to be reconciled. They seek to make amends. Not just sweep the offense under the rug or go on with life as if it never occurred. This doesn’t mean that they demand forgiveness immediately – but they humbly request it knowing that they are indebted to whom they have offended.

Someone who is repentant is above all faithful to live a life in obedience to Christ for the Glory of God. He is sorrowful for what He has done, will attempt to make amends, and has a renewed devotion to God. It is a complete turning away from what He has done and turning to Christ in every aspect of His life. It is a hatred for what He has done and a love for the statutes of God and an adoration for His Holiness. Just as we begin to produce spiritual fruits when we have repented of our sins and are living a life of holiness so we live in ways that show evidence of a life changed when we repent of sinning against our spouse.  There is a change in behavior, a change in attitude, a change in heart.

God is merciful and is willing to forgive when we have sinned against Him. He offers a restored relationship with Him to all who have a Repentant Faith in Him. So we as believers should seek out to model that forgiveness and repentance in our relationships, especially within marriage.

“Come, let us return to the Lord. For He has torn us, but He will heal us; He has wounded us, but He will bandage us. He will revive us after two days; He will raise us up on the third day, that we may live before Him.” Hosea 6:1-2

“Now repent of your sins and turn to God, so that your sins may be wiped away.” Acts 3:19 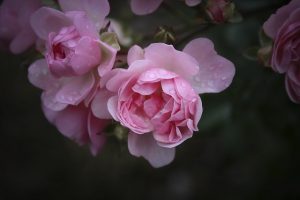 Listen to this podcast episode to study more about Forgiveness!

Do We Forgive Others Where There Is No Repentance?? – Prescribing Truth Podcast Ep. 67