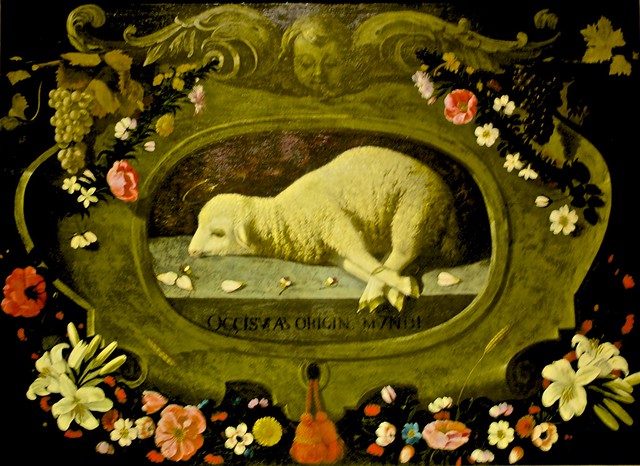 While researching this article, I stumbled upon many articles where the authors were denying Substitutionary Atonement for various vague reasons. A few other articles, much more worrisome, were agreeing with the stance theologically, but saying that it was too harsh of a doctrine for pastors to teach their flock; that it was even “abusive” and “psychologically damaging” to teach this doctrine to children.  Why? Because people want to think that they are “basically good people.” We need to get beyond what we want to think about ourselves and look and see what God says about us. Does the Bible support Penal Substitutionary Atonement?

“For Christ died for sins once for all, the righteous for the unrighteous, to bring you to God. He was put to death in the body but made alive by the Spirit.” 1 Peter 3:18

Not only can we see clearly from Scripture that Substitutionary Atonement is correct, but we can also see some of the earliest Christian writers supported this doctrine. One such writer, an unknown Greek apologist in the second century, wrote the following in his book Epistle to Diognetus : “But [God] was patient, he bore with us, and out of pity for us took our sins upon himself. He gave up his own Son as a ransom for us, the holy one for the lawless, the innocent one for the wicked, the righteous one for the unrighteous, the imperishable one for the perishable, the immortal one for the mortal… For what else could hide our sins but the righteousness of that one? How could we who were lawless and impious be made upright except by the son of God alone? Oh the sweet exchange! . . . That the lawless deeds of many should be hidden by the one who was upright, and the righteousness of one should make upright the many who were lawless!” 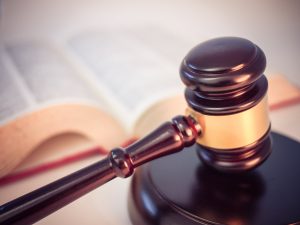 Since God is so holy, even one single sin against Him is a crime of treason that warrants punishment in Hell for all eternity. God is perfectly just – and His judgment has declared us guilty. Though we deserve death, Gods response to our sin wasn’t to wipe us out immediately – that would be the fairest response He could make. Instead, He chose to show us mercy.

“For all have sinned and fallen short of the glory of God.” Romans 3:23

“For the wages of sin is death, but the free gift of God is eternal life in Christ Jesus our Lord.” Romans 6:23

What is death biblically? It refers to not only the physical death that occurs to our body, but also it can mean separation. Adam and Eve were separated from God in the garden, no longer able to walk with Him in the cool of the morning and enjoy that fellowship. When a physical body dies, the soul is then separated from the body. When this person dies without salvific faith in Christ, his soul is separated from God when it is cast into Hell for all eternity.

“For the life of the flesh is in the blood, and I have given it to you on the altar to make atonement for your souls; for it is the blood by reason of the life that makes atonement.” Leviticus 17:11

“Kaphar” is the Hebrew word for atonement. It means “to cover.”  Millard Erickson in his book Christian Theology explains this word well: “One was delivered from punishment by the interposing of something between one’s sin and God. God then saw the atoning sacrifice rather than the sin. The covering of the sin meant that the penalty no longer had to be exacted from the sinner.”

“Then Abraham raised his eyes and looked, and behold, behind him a ram caught in the thicket by his horns; and Abraham went and took the ram, and offered him up for a burnt offering in the place of his son.” Genesis 22:13

The Old Testament sacrifices were not sufficient to cleanse a person from all of their sins forever. They were enacted to point to Christ. The sacrificial lambs had to be spotless, which symbolized purity and innocence. Christ, the sinless and holy second Person of the Trinity is the only sacrifice that could cleanse us completely – that could atone for our crimes against an infinite and Holy God.

“And according to the Law, one may almost say, all things are cleansed with blood, and without shedding of blood there is no forgiveness.” Hebrews 9:22 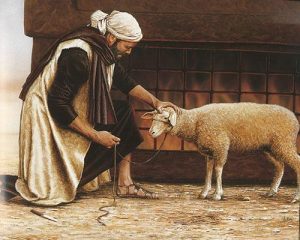 “Therefore, He had to be made like His brethren in all things, so that He might become a merciful and faithful high priest in things pertaining to God, to make propitiation for the sins of the people.” Hebrews 2:17

The Bible is clear that Jesus Christ is God incarnate. He is the second person of the Trinity. God wrapped in flesh. God is an infinite being and we are not. The treasonous crime against the holy and infinite God must also be infinite. The only two options for paying this infinite debt is: 1) for the person to spend eternity separated from God in Hell or 2) for an infinite Person to die so that He can pay the debt as our substitute.

“He made Him who knew no sin to be sin on our behalf, that we might become the righteousness of God in Him.” 2 Corinthians 5:21

“By this will we have been sanctified through the offering of the body of Jesus Christ once for all.” Hebrews 10:10

“For by one offering He has perfected for all time those who are sanctified.” Hebrews 10:14

God the Son took our sins upon Himself. Christ became our ransom. His death satisfied the payment due for our sinfulness. Jesus died as a substitute for sinners so that the death sentence could be paid. God imputed our guilt and sins onto Christ. He bore the punishment that we deserve – in our place. This was a full and complete payment for the crime of treason we committed. This substitute satisfied both the wrath and the righteousness of God. But there is more – not only are we now completely justified, but we also have Christ’s righteousness covering us. Because of this substitute, God can mercifully forgive sinners without any compromise to His holy standard.

“For it was fitting for us to have such a high priest, holy, innocent, undefiled, separated from sinners and exalted above the heavens; who does not need daily, like those high priests, to offer up sacrifices, first for His own sins and then for the sins of the people, because this He did once for all when He offered up Himself.” Hebrews 7:26

The Holman Bible Dictionary says that propitiation “emphasizes the appeasement or averting of God’s wrath and justice. Both words are related to reconciliation since it is through Christ’s death on the cross for our sins that we are reconciled to a God of holy love.” Jesus is our Propitiation. He alone is sufficient to satisfy the lawful wrath of God. The law must be fulfilled – it can not be ignored due to the legality of God. God is a perfectly just Judge. Jesus is the only one who ever completely fulfilled God’s law. He was the perfect sacrifice on our behalf.

“When Jesus had received the sour wine, he said, “It is finished,” and he bowed his head and gave up his spirit.” John 19:30

We had a legal debt – a death sentence was on our head. This is why Jesus’s words on the cross is so significant. Jesus was using legal terminology that meant “paid in full” – this word has been found on papyrus receipts for taxes. Jesus was saying that the Redemption was complete. He had paid our legal debt in full. Let us praise God that we no longer have to live under the burden of guilt for the sins we have committed, for Christ’s substitutionary atonement is sufficient.

“Whom God displayed publicly as a propitiation in His blood through faith. This was to demonstrate his righteousness, because in the forbearance of God He passed over the sins previously committed.” Romans 3:25

“Surely our griefs He Himself bore, and our sorrows He carried; Yet we ourselves esteemed Him stricken, smitten of God, and afflicted. But He was pierced for our transgressions, He was crushed for our iniquities; the punishment that brought us peace was upon Him, and by His wounds we are healed.” Isaiah 53:4-5 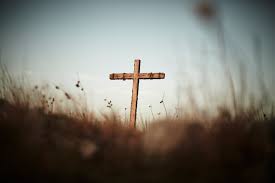 If you want to study more about Atonement, please check out this link: