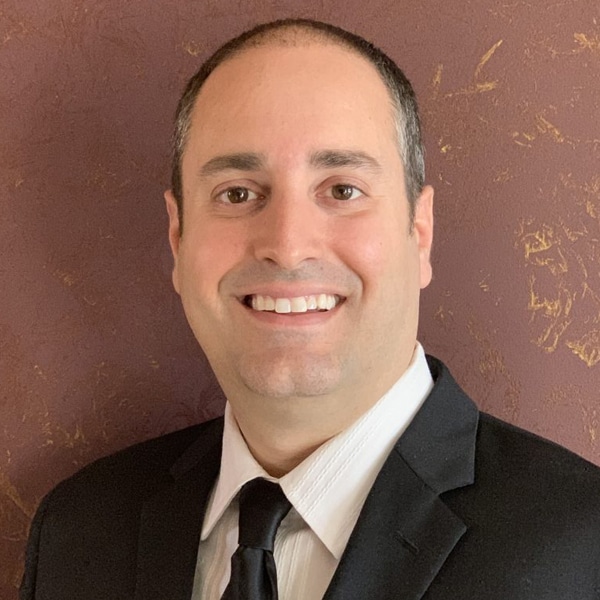 As a first-generation Italian, I was “born” into Roman Catholicism. Throughout my entire childhood, our family attended church. We considered ourselves “good” Catholic people since we went to church 3 guaranteed times a year (Christmas, Easter, and Palm Sunday) as well as all weddings, funerals, and other random events throughout the year. In my youth, I prayed to Jesus nearly every night, but I had no idea, nor desire, to discover what the religion of Catholicism was about. I was never told or encouraged to open the Bible.

My love for science began at an early age. My childhood dreams of becoming an astronaut were crushed early on when I discovered that my asthma would not permit my dreams to become a reality. Throughout my early years of education, I excelled in both mathematics and science and I read numerous astronomy books on my own. As a result, the secular world accomplished its goal: I became an evolutionist by the time I completed my 9th-grade Biology class. This became the start of my fast-paced drift away from God. By the time I enrolled at Baldwin Wallace College for my undergrad, I was truly a Catholic in name only, and I rarely attended church.

Over the course of the following ten+ years, through college, dental school, and my initial three years of owning a private practice, I had no real attachment to God. I was an evolutionist, living in the world, and the only thing that I knew about God other than very basic Catholic teachings was that God must have somehow used evolution to create everything.

I then met my future wife, Julie, who was attending a Christian church. Also a once-practicing Roman Catholic, Julie was convinced, by a childhood friend many years earlier, to visit his church: Grace, a Christian Missionary Alliance church. We began our relationship by attending both my Catholic church and her CMA church, but soon I found no purpose in returning to the Catholic Church. God began to work on me. I enjoyed the sermons and I learned that I not only was allowed to read the Bible but that I needed to. By His grace, I put my trust in Jesus Christ as my Lord & Savior.

Our weekly attendance at our former home church enabled my spiritual growth to flourish. Upon completion of a discipleship program (Practical Christian Living by Bill Bright), Julie & I began attending many Christian conferences. Most importantly, I started to read the Bible. Within my first 18 months of attending Grace Church, I completed reading through the entire Bible from cover-to-cover; I enjoyed the book of Genesis the most, but I didn’t know why at the time. However, one thing still remained. I was an evolutionist! I believed that God must have somehow used evolution, and I continuously ridiculed Christians who believed in this crazy idea of a young earth.

About 8 years ago, my wife, son, and I was driving down to a medical missions conference in Louisville, KY. Since my wife thought that the conference started on Thursday morning, we notified our previously scheduled patients and closed the office on Wednesday so we could spend some family time together driving to there from Cleveland, OH. We made several casual stops along the way, including the Jeffersonville Outlets. As we were walking out of the outlet stores, our pastor-friend, Joseph, and his wife, Renee (whom we were meeting up with at the conference) called to see what time we were planning on leaving for the conference. When she asked me what time we were leaving the next morning, I said, “What are you talking about? We are halfway there already! Why haven’t you left yet? It starts tomorrow morning!” She replied, “ No it doesn’t. It starts Thursday night, but it really isn’t important to attend until Friday morning.” Being upset that we had canceled patients all day on Wednesday needlessly, I turned to my wife and told her what she had done. She, an emotional Italian, didn’t even respond! Renee then proceeded to tell me that she heard of this creation museum near Cincinnati and that we should go check it out. She had never personally visited the museum, but she had heard good things about it. I got off the phone, looked it up on my iPhone, and made plans to go for a few hours the next morning when it opened.

What I didn’t know was that at the time that Renee was telling me about the Creation Museum, Julie was being spoken to. After she asked the Lord for forgiveness, He comforted her: “Julie, this is not about you right now. There is no need to ask for forgiveness. “ He had a plan- a divine appointment with Dr. Jason Lisle, that she was able to witness with such awe!

We arrived at the Creation Museum the next morning, soon after it opened at 10:00 AM. After spending a few hours walking around, we began to prepare to depart the museum. I then noticed that an astrophysicist, Dr. Jason Lisle, was giving a guest lecture on the Relevance of Genesis. Because I enjoyed reading the book of Genesis, I asked Julie if she would mind if we attended his lecture before we left. This lecture changed my life! The Lord used Jason’s lecture as an instrument to make me, as I stated, “…rethink everything that I had ever learned!” Julie knew that the moment these words were released from my lips, the Lord has answered her never-ceasing prayers for my “true spiritual growth.” Upon completion of his lecture, Dr. Lisle stated he would be available in the lobby for one-on-one communications. I had two burning questions that I needed answers for: “What about radiometric dating methods?” and, “What about distant starlight?” These two questions were my strongholds preventing me from believing in this young earth idea.

Dr. Lisle spent over an hour with me answering all my questions. I told him that I needed to learn more and that “I want to bring this information back to my church.” He proceeded to walk me from shelf to shelf while he hand-selected each book & video; only God knew that these resources would transform my mind into the mind of Christ regarding His Creation!

As we departed for the medical missions conference, I kept telling Julie that I now had to forget everything I had ever learned and start to learn about this creation “stuff”. It was completely a “Paul on the road to Damascus” moment. For the next several days, I could barely wait for the medical missions conference to end so we could return to the museum on Sunday morning (on the way back to Cleveland) to absorb as much information as possible there. It was at that time that Julie shared why she didn’t say anything back to me in the car a few days earlier when I confronted her about getting the start time of the medical missions conference wrong. She told me how the Lord spoke to her when she prayed to God to ask for forgiveness in disrespecting our patients’ time & potentially missing a moment to share Him with one of our patients.

Much to my surprise, only a few individuals briefly acknowledged Dr. Lisle that day. God opened that door wide for me! As my wife often shares our testimonial with others, she so confidently shares “how the Lord grabbed her husband” that day at the Creation Museum.

Since that divine appointment at the Creation Museum, I have devoted over 500 hours studying the materials Dr. Lisle had pulled from the shelves regarding young-earth creation. God opened wide many doors to enable me to teach His Children the Truth of His Creation and the importance of defending His Faith without compromise! Since then, I have had the honor of teaching a 12-week Creation v evolution class three times at Grace Church (averaging about 65 people per class), a 6-hour Creation seminar held on a Saturday with about 100 attendees, and many other classes at local churches within the Cleveland, OH area.

After our last class ended at the beginning of December, we have been asked by many church members when the next seminar or a new, advanced 12-week class would be held. To our regret, we had to make the decision to begin our search for a new, God-Honoring Church, who reveres the Lord and His Word. Through our teaching at the church, we discovered that our church not only does not take a stance on Creation, it also refuses the dogmatic teaching of a young-earth. While the defense of the Biblical account of Creation was generating excitement among many church members, several outspoken, evolution-believing members of the church were also attacking it. This included a prominent elder of the church, who teaches evolution within the walls of the church, and who also happens to be a good friend of our head pastor. We based our decision on many prayers, conversations with Christians that we trust, and divine appointments, including a long conversation with Dr. David Menton.

We fully understand the effects of false doctrine and know that we will stand in front of Our Lord & Savior one day on how we shielded our son from false teachers. The Spirit was very clear that my wife and I were called to deliver the message of Truth directly to our church leaders. After emailing and meeting multiple times with our head pastor and a few of the associate pastors (one of which included meeting directly with the church’s founding pastor, the head Pastor’s father, who himself believes evolution is foolishness), they refuse to change their stance of ‘’not to take a stance” on the Creation account, or even to spend time to learn more about it. They even dismissed the resources that we gave to them to help them discern their decision: Already Gone, Already Compromised, and others.

We know that He will continue to wrestle with our brothers in Christ who are currently failing to honor His Word, but he has brought to light the Biblical account of Creation to the flock that attends the church. Many have honored the Lord by sharing their concerns with the Pastors and Elders, as well as the resources that He has faithfully provided for them. They have been protected as well!

Since finding a new church home in 2014 that stands on a literal 6-day Biblical creation, Olmsted Falls Baptist Church, I have been able to give the Relevance in Genesis talk to the congregation and support my Pastor, Chris Hinckley, in his teaching on creation, evangelism, and apologetics in general.

I am convinced that speaking on and teaching apologetics, including Presuppositional apologetics and Biblical creation, is my calling. My family and I have discussed the cross-bearing decisions necessary to pursue any opportunity to serve the Lord through this calling. This even included selling my dental practice to serve Him, as we ended up doing in November 2018!