When Do Christians Receive the Holy Spirit?

“In him you also, when you heard the word of truth, the gospel of your salvation, and believed in him, were sealed with the promised Holy Spirit, who is the guarantee of our inheritance until we acquire possession of it, to the praise of his glory.” (Ephesians 1:13-14) 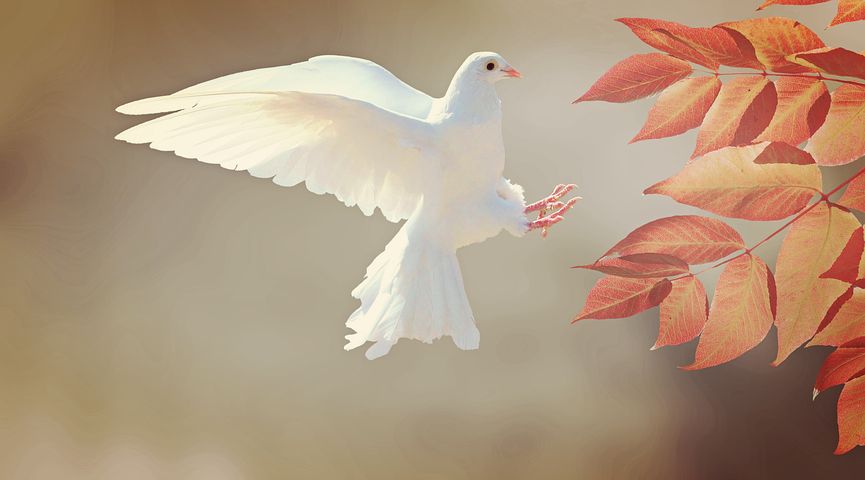 Growing up in the Restoration Movement, I have always heard from my relatives that we are saved by repentance, faith, confession, baptism, and living a holy life. I was told that we need to repent and be baptized to have our sins forgiven and receive the Holy Spirit. I even heard this at St. Louis Christian College.

It greatly distressed me that people believed if one were to hear the gospel and then die before they are baptized, they would go to Hell. This seemed to contradict so many passages of Scripture on the fact we are saved by grace through faith and not be works (Ephesians 2:8-9). The distress took me on a journey through the Bible to find out when believers received forgiveness and the gift of the Holy Spirit. The answer to my years long study concluded in what Andrew Rappaport has expressed that believers receive the Holy Spirit simultaneously when they have repentant faith in Jesus. Ephesians 1: 13 – 14 has been a comfort passage to me my whole time dealing with the Restoration Movement and the heresy of baptismal regeneration.

In him you also, when you heard the word of truth, the gospel of your salvation, and believed in him, were sealed with the promised Holy Spirit, who is the guarantee of our inheritance until we acquire possession of it, to the praise of his glory (Ephesians 1: 13 – 14, ESV).

The phrase “In Him” refers to Christ, echoing back to verse 9. The timeframe the main action took place was hearing the gospel and having believed in Christ. The main action which is expounded upon is having been “sealed with the promised Holy Spirit.” The exposition says the Holy Spirit is “the guarantee of our inheritance until we acquire possession of it.” The inheritance echoes back to the beginning of the blessing in verse three, “Blessed be the God and Father of our Lord Jesus Christ, who has blessed us in Christ with every spiritual blessing in the heavenly places” (vv. 3, ESV).

The summary of what this teaches is that believers in Christ already have the promise of every spiritual blessing in the heavenly places because when they heard the gospel and trusted in Christ, they had already received the down payment of the Holy Spirit who guaranteed this. The term “sealed” refers to the ancient act of sealing a document with a wax ring to ensure it was not to be opened until the intended recipient received it. If a ruler sealed something and it was removed by someone who was not supposed to remove it, the punishment was death. The Tyndale commentary best summarizes the idea:

In the ancient world the seal was the personal sign of the owner or the sender of something important, and thus, as in a letter, it distinguished what was true from what was spurious. It was also the guarantee that the thing sealed had been carried intact.[1]

Thus, it seems that according to Paul in Ephesians believers are sealed with the Holy Spirit at the time they heard the gospel and had saving faith. The surrounding context will make that clear.

The section starts out with a blessing to the Father for His great act of salvation and blessing those in Christ with every spiritual blessing heaven offers (v. 3). Paul states God has already chosen/picked out all the saints in Christ Jesus before the foundation of the world (vv. 1, 4). That means God already knows who he is going to save. He chose to adopt the saints in Christ Jesus according to his own will/purpose/desire (v. 5). He emphasizes it is God’s gracious will he chose believers in Christ/the beloved (v. 6). He purchased their salvation, the forgiveness of sins, through the blood sacrifice of His Son in light of all his wonderous attributes, lavishly given to his saints (vv. 7 – 9a). God did this to bring all things under the authority of Christ (vv. 9b – 10). In Christ Christians receive an inheritance, consisting of every spiritual blessing, so Christ would be praised for “his glory”, and he can do this because he does as he pleases (vv. 10 – 12).

This context shows God had determined the believer’s salvation long before their baptism or even in the mind of Adam and Eve in Christ. It was actuated in the death of Christ. Then it was sealed by the Holy Spirit at the regeneration of the believer when we heard the gospel and had faith in Christ.

Norman Fields, Church of Christ minister, objects to this on many levels, but in his heated discussion on Apologetics Live, he said the Ephesians were baptized twice already in Acts so there was no need to mention baptism to them. In order to answer this objection, we will have to examine the passage he used to support this claim. This event is found in Acts 19: 1 – 7:

And it happened that while Apollos was at Corinth, Paul passed through the inland country and came to Ephesus. There he found some disciples. And he said to them, “Did you receive the Holy Spirit when you believed?” And they said, “No, we have not even heard that there is a Holy Spirit.” And he said, “Into what then were you baptized?” They said, “Into John’s baptism.” And Paul said, “John baptized with the baptism of repentance, telling the people to believe in the one who was to come after him, that is, Jesus.” On hearing this, they were baptized in the name of the Lord Jesus. And when Paul had laid his hands on them, the Holy Spirit came on them, and they began speaking in tongues and prophesying. There were about twelve men in all (ESV).

It is clear from a clear reading of this passage the people in Ephesus had not received the actual gospel message. They had only heard of what John had taught about Jesus and maybe believed he was the Messiah. Paul set them straight about the teaching of Jesus and the Holy Spirit and then baptized them. As a sign they were now saved, the Holy Spirit came upon them and had them speak in different languages. This passage does not teach baptismal regeneration. Only that you have to accept the true gospel to be saved.

Other Passages Which Teach Salvation by Repentant Faith Alone

Here are a small sample of passages which talk about salvation being through repentant faith and not baptism. There are plenty more where this comes from.

These instances show salvation and the gift of the Holy Spirit is by repentant faith not baptism.

But the other rebuked him, saying, “Do you not fear God, since you are under the same sentence of condemnation?  And we indeed justly, for we are receiving the due reward of our deeds; but this man has done nothing wrong.”  And he said, “Jesus, remember me when you come into your kingdom.” And he said to him, “Truly, I say to you, today you will be with me in paradise” (Luke 23:40 – 43,  ESV).

While Peter was still saying these things, the Holy Spirit fell on all who heard the word. And the believers from among the circumcised who had come with Peter were amazed, because the gift of the Holy Spirit was poured out even on the Gentiles. For they were hearing them speaking in tongues and extolling God. Then Peter declared, “Can anyone withhold water for baptizing these people, who have received the Holy Spirit just as we have?” And he commanded them to be baptized in the name of Jesus Christ. Then they asked him to remain for some days (Acts 10: 44 – 48, ESV).

Baptismal regeneration is a terrible heresy. It makes the works of men responsible for their salvation. Teaching that the Holy Spirit is received in Baptism runs contrary to Scripture especially Ephesians 1: 13 – 14. God is the one who saves. It is by His grace alone, through faith alone, in Christ alone, revealed in Scripture alone, for His glory alone. We just respond in repentance and faith. Salvation and the gift of the Holy Spirit happen simultaneously with repentant faith. I am praying for Norman Fields’s salvation, and that God opens his eyes to his heresy taught by his church tradition.