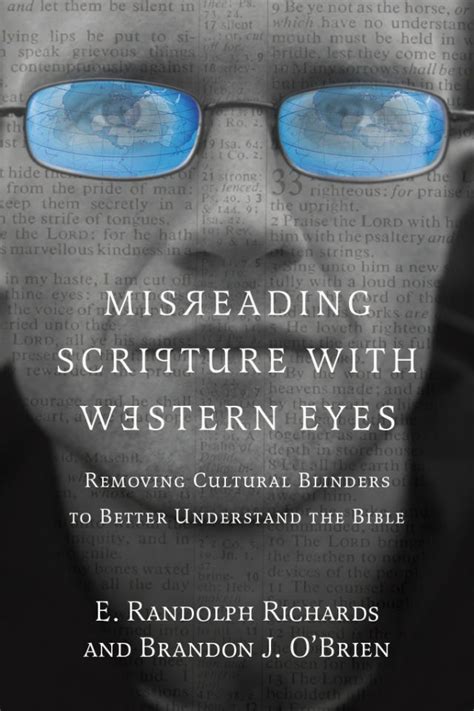 This was originally a paper for Hermeneutics NBST610 in Liberty University’s John R. Rawling’s School of Divinity

Everyone has presuppositions when they come to a Bible passage. These presuppositions have to do with a lot of things such as culture, sex, diet, family, birth order, etc. These preunderstandings are not necessarily wrong; however, they need to be recognized when one tries to interpret a passage of Scripture.

This paper will seek to critique the authors’ approach to challenging presuppositions. It will also seek to prove while the authors did accomplish critiquing Western presuppositions, they go too far by misinterpreting Scripture with Eastern eyes.

The book starts out with exclaiming what is said in the introduction, which is agreed upon by many different hermeneutics experts. Everyone draws from their culture in interpreting the Bible when they do not have the facts from the ancient culture.[1] The presuppositions one has can either blind or help one in biblical interpretation. The introduction brings up the point that one has to challenge one’s presuppositions when interpreting the Bible, and gives and example from a problem Indonesian elders had with a couple eloping and wanting to be members of the church.[2] The authors point out they want to address the presuppositions of “white, Western males,” after saying generalizations are “always wrong and usually helpful.”[3]

The points of address have to do with the natural barriers one has to overcome in the hermeneutical process. They address the virtues of Western culture: sex, money, and food in chapter one. Also, they address the barriers of ethnicity, language, individualist/collectivist mindset, shame and honor culture, the aspect of time, differences between virtue and vice, and self-centered hermeneutics. In each section the authors bring up the “white, Western male” mentality or presuppositions and challenge it with an “Eastern,” or, more specifically, an Indonesian mindset.

The authors conclude with five principles they hope the reader can draw from this book. They make it a point to say “three easy steps” is too Western an idea to apply to challenging one’s Western presuppositions.[4] They want their readers to incorporate “complexity,” look out for over adjustment, be humble, and read with others who are not of the same mindset.[5] The goal is to help readers challenge their presuppositions and learn from others.[6]

The authors do a fine job challenging certain presuppositions which are prevalent in the Western world. One such presupposition would be the individual culture of America verses the collectivist culture of most of the rest of the world. The authors do a fine job of explaining that Americans typically think about themselves individually over the rest of the community.[7] They challenge that with a story from Indonesia explaining they do not let their young people date, but prearrange marriages so decisions on sex do not have to be based upon willpower alone.[8] There is some explanation of a collectivist culture before, but the main argument was in the story with Indonesian parents.

This brings up an important point on the approach of the authors. They do not interpret the scriptures according to their host cultures. The writers of scripture were Israelites and Jews from different points in history between 1450 B.C. and 90’s A.D., excluding Luke who wrote with the testimony of Jewish eyewitnesses.

There are overlaps between Jewish culture and Indonesian culture; however, the same can be said with American and Western culture. The similarities between the West and ancient Jews do exist. In fact, one could even say the West was shaped by the Judeo-Christian culture’s foundations.

There are significant differences between the West and Jewish culture, but that cannot be corrected by studying Eastern culture. It can only be corrected by studying the culture of those Jews who wrote the Bible and their target audiences. These cultures have been preserved by Josephus, Philo, the Apocrypha, the Talmud, and early Christian historians. A good picture of Jewish culture during those times has also been preserved in the text of the Old Testament, the New Testament gospels, and Acts. Indonesian culture may overlap somewhat with those cultures, but not enough in which one should look at them to study the scriptures. Historical context needs to win with interpretation in the end.

Another problem regarding the book is the issue of addressing “white, Western males.”[9] First of all, no one is “white.” When one holds a white sheet of paper next to an ethnically Caucasian person, the Caucasian is obviously a light shade of brown. Second of all, Caucasian Americans are an extremely diverse group of people, even among Christians. There are liberal and conservative distinctives among people, politically and theologically. There are those who are influenced by pluralism, relativism, collectivism, shame/honor culture, naturalism, and etc. There also those who are influenced by other religions, political parties, history. There are just too many differences to label anything as a “white” ideology.

Frankly, this student believes it is offensive and racist to do so. Especially since people who tout critical race theory label all white people as racist from birth and all other people groups of “color” cannot be racist. This does not seem to be the authors’ presupposition; however, it does lay the groundwork when they quote a columnist who essentially says people who do not claim to be racist are the worst racists.[10]

The last issue taken up with this work is the authors overcorrect passages which are mentioned in the honor/shame versus innocence/guilt section. There are clearly both concepts found in the scriptures prior to Augustine. Conscience is not some inner small voice as some people believe. It is the knowledge of right and wrong God has placed in the hearts of men and shaped through culture and the Law (Romans 2: 14, Psalm 51: 5 – 6, Proverbs 1: 8).

In the case of David and Bathsheba, the authors say David never gave the adultery and murder another thought due to being from an honor/shame culture.[11] Yet, David’s own writing indicates when he was silent about his sin, before he was confronted by Nathan the prophet, he felt like his bones were wasting away, he groaned, and God’s power was weighing him down, drying up his strength (Psalm 32: 3 – 4). A much better case would be David both had inner guilt and public shaming which brought about his acknowledgement of his sins and repentance. It does not have to be an either or situation.

The same case can be made for the collectivist and individualistic ideologies both found in scripture. God is a righteous judge who will not spare the wicked but spare the righteous (Genesis 18: 25 – 33, 19: 1 – 29). God judges whole nations for their long, unrepentant sin (Genesis 19, 15: 16). Yet, it is only the soul who sins which shall die, not father for son or vice versa (Ezekiel 18: 4 – 20). As God builds individual stones to be built up into one temple, so God saves individuals to be one church (1 Peter 2: 4 – 5).

The main point this student makes is not to go from one ditch into another. It is easy to look at the Western world, see the differences between the cultures of the West and the biblical audience, see the overlap between the East and the biblical audience, and fall into the ditch of misinterpreting the Bible through Eastern eyes. As the authors said, it is wrong to make sweeping generalizations due to the diverse nature of all people.[12] So why do that to Western, American, “white” people?

This paper has sought to prove the authors do make good points in challenging presuppositions with other presuppositions; however, they overcorrect to misinterpreting scripture with Eastern eyes. This book is helpful to the wise, thoughtful reader who is mature enough to see this book as a tool to challenge presuppositions. Pastors with firm theological convictions and a basic understanding of hermeneutics would greatly benefit from this book. It is not for those who are new to the faith. In the end, this book is a helpful book when challenging presuppositions; however, one needs to think critically when reading it.