“Free Will” is … not really 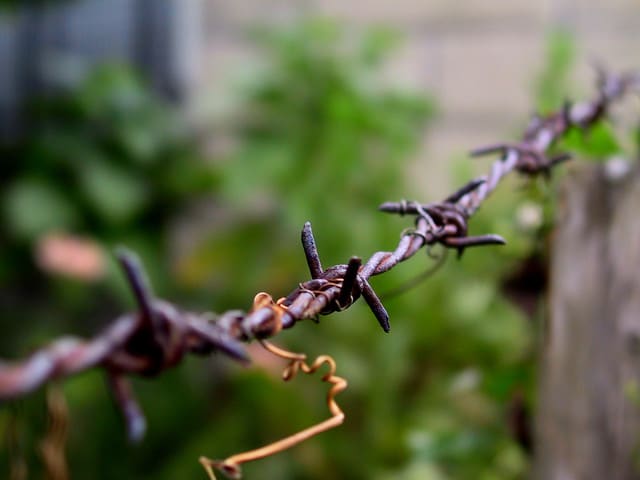 The term “free will” is used by people to mean several different things.  And frankly, for a term not even found in Scripture, it’s something that we need to nail down if we are going to be using it.  What does the Bible say about the will of man?  The will of man is bound by his nature.  For the unregenerate, man’s will is bound to his master the Devil.  For the man in Christ, his will is bound to Christ’s.  Our will is not completely free. And man’s will still has to work in light of God’s Sovereignty.

What is free will?

“The mind of the man plans his way, but the Lord directs his steps.”  Proverbs 16:9

In the debate in understanding Free Will there are two camps:

Man makes his choices in light of God’s Sovereignty. And there are two modes of thought there too:

Total Depravity & The Doctrine of Man

One of the greatest theologians in the history of the Church is Augustine of Hippo. He described the state of man in relation to his will this way:

Before the Fall, man was neutral.  He was able to choose to sin or choose not to sin.  Yet, his choice to sin was no surprise to God.  God is all-knowing.  God didn’t have an “oops” moment when Adam and Eve ate the fruit.  The Cross was not God’s Plan B to save humanity from a disastrous slip-up.  God in His Sovereignty knew this was going to happen – and predestined it to be so – so that His Glory in His Mercy and His Wrath may be revealed.

At the Fall, the entirety of man became corrupt.  Man’s soul, mind, body, and will became marred by sin.  And so did all of creation.  Sin has completely and utterly ravaged mankind.  Man is now incapable of seeking God and is a slave to sin.  Man is limited by his nature – and his nature is sinful.

“But a natural man does not accept the things of the Spirit of God, for they are foolishness to him; and he cannot understand them, because they are spiritually depraved.”  1 Corinthians 2:14

“The heart is more deceitful than all else, and is desperately sick; who can understand it?” Jeremiah 17:9

“Then the Lord saw that the wickedness of man was great on the earth and that every intent of the thoughts of his heart was only evil continually.”  Genesis 6:5

“For from within, out of the heart of men, proceed the evil thoughts, fornications, thefts, murders, adulteries, deeds of coveting and wickedness, as well as deceit, sensuality, envy, slander, pride, and foolishness. All these evil things proceed from within and defile the man.”  Mark 7:21-23

The Bible is clear – man is depraved.  In his natural, Post-Fall state, Man is totally corrupt.  There is nothing good in him.  Man is not free. In this Post-Fall state, he is a slave of his master the Devil.  All of his actions are for the glory of Satan and not God.  He cannot choose to do good in this state. He can not even seek God.  When a man becomes Regenerated, he then belongs to Christ and serves a new master.  Even in his Regenerated state, man is not free – he is now a slave to Christ.

“For sin shall not be master over you, for you are not under law but under grace. What then? Shall we sin because we are not under law but under grace? May it never be! Do you not know that when you present yourselves to someone as slaves for obedience, you are slaves of the one whom you obey, either of sin resulting in death, or of obedience resulting in righteousness? But thanks be to God that though you were slaves of sin, you became obedient from the heart to that form of teaching to which you were committed, and having been freed from sin, you became slaves of righteousness. I am speaking in human terms because of the weakness of your flesh. For just as you presented your members as slaves to impurity and to lawlessness, resulting in further lawlessness, so now present your members as slaves to righteousness, resulting in sanctification. For when you were slaves of sin, you were free in regard to righteousness.”  Romans 6:14-20

“As it is written, ‘here is none righteous, not even one; there is none who understands, there is none who seeks for God; all have turned aside, together they have become useless; there is none who does good, there is not even one. Their throat is an open grave, with their tongues, they keep deceiving, the poison of asps is under their lips whose mouth is full of cursing and bitterness, their feet are swift to shed blood, destruction and misery are in their paths, and the path of peace they have not known. There is no fear of God before their eyes. Now we know that whatever the Law says, it speaks to those who are under the Law, so that every mouth may be closed, and all the world may become accountable to God” Romans 3:10-19

“So then it does not depend on the man who wills or the man who runs, but on God who has mercy.”  Romans 9:16

There Is No Free Will 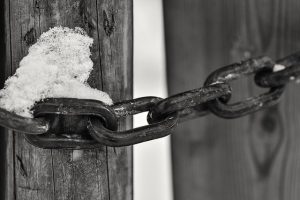 John Calvin said in his book Bondage and Liberation of the Will, “We allow that man has a choice and that it is self-determined so that if he does anything evil, it should be imputed to him and to his own voluntary choosing.  We do away with coercion and force because this contradicts the nature of the will and cannot coexist with it.  We deny that choice is free because through man’s innate wickedness it is of necessity driven to what is evil and cannot seek anything but evil.  And from this, it is possible to deduce what a great difference there is between necessity and coercion.  For we do not say that man is dragged unwillingly into sinning, but that because his will is corrupt, he is held captive under the yoke of sin and therefore of necessity will in an evil way.  For where there is bondage, there is a necessity.  But it makes a great difference whether the bondage is voluntary or coerced.  We locate the necessity to sin precisely in corruption of the will, from which follows that it is self-determined.”

We are not free to make choices apart from God’s Will.  Nothing happens by chance or accident.  God has allowed us to have unique character traits and feelings.  He has allowed us to make voluntary choices that reflect our uniqueness.  But this is all done in accordance with His divine Providence.  He has decreed what we would choose.  Many Compatibilists still use the term “free will” to refer to their voluntary choice made within the parameters of God’s Providence.  Man is free from any coercion, but not free from the necessity.  Everything that happens occurs within God’s carefully thought out Providence.

“So Jesus was saying to those Jews who had believed Him, If you continue in My word, then you are truly disciples of Mine; and you will know the truth, and the truth will make you free. They answered Him, We are Abraham’s descendants and have never yet been enslaved to anyone; how is it that You say, You will become free? Jesus answered them, Truly, truly, I say to you, everyone who commits sin is the slave of sin.  The slave does not remain in the house forever; the son does remain forever. So, if the Son makes you free, you will be free indeed.”  John 8:31-36

Jesus speaks of freedom there, freedom from the bondage of sin.  He is not talking about freedom from God.  We can see in this passage above that man does not have a will entirely free.   John Piper says, “In my reckoning, there is no biblical warrant to use the phrase ‘free will’, since the Bible never affirms or uses this term or concept.  So when some theologians use the word “free” they may be misusing or importing philosophical language from outside the Bible, but I think anyone who is consistent with the Text means “voluntary” when they say “free”, but NEVER affirm they are free from God in any sense.”

“Just as He chose us in Him before the foundation of the world, that we would be holy and blameless before Him in love.”  Ephesians 1:4

Praise God for His divine Providence and Mercy!