Insights into Striving for Eternity for 2020

2020 has been an unprecedented year! We have seen changes that have affected the entire world. It is hard to believe how much has been altered in just one year. Early in March, Andrew and Anthony came back from the Shepherds Conference, literally one week before Pres. Trump shut down the American economy due to the Covid virus. This greatly affected the ability of the Striving for Eternity (SFE) speakers to travel. However, as you will see, it did not slow us down in discipling churches and producing good content. In fact, we hosted our first online seminar when Justin Peters and Andrew did our Snatch Them from the Flames seminar in May. While 2,500 people registered for the free event, 7,000 people watched the eight-hour seminar on YouTube, with many more who watched on Facebook and Twitter.

It is obvious that this year has been a very difficult year for many. We at SFE would like you to know that we have been praying for you, and we are grateful for every one of our supporters. Things have been more difficult this past year for nearly everyone, and for many, it is a great sacrifice to support Christian ministries outside of their local church. We do not take that lightly. We know that there are many good ministries in which you can support, and we are so grateful that you have chosen to support us. It is our desire to make sure that we use your support to provide ministry help to local churches, other Christian ministries, and individual Christians. We will continue our commitment to producing materials that will have an eternal impact on people’s lives.

Due to our supporters, we were able to travel to many churches. We started off the year strong. Andrew was able to attend a pastor’s lunch with Justin Peters and host Chris Arznen of Iron Sharpens Iron Radio. We were able to equip many pastors with materials for their churches. From there, we attended the G3 conference in Atlanta, Georgia. This is a large family conference with thousands in attendance. SFE and its Christian Podcast Community (CPC) were well represented in the exhibit hall, and we were able to support our podcasters by obtaining many interviews with other ministry leaders.

After Shepherds Conference, COVID brought our travel to a screeching halt. We had an extremely busy travel year planned for SFE. Trips to Guatemala and India had to be canceled. The postponement of the Olympics in Japan prevented us from bringing a team of evangelists to the very atheistic host country. We clearly saw a downturn in our travel this year from 2019. SFE completed only 12, down from 26 last year, traveling only 79 days, down from 142 from last year and 36 cities, down from 68 last year, and all the travel was confined to the United States. In just three months we did half of all the travel that we did the year before.

However, even in the midst of a trying year, SFE was able to go out and attend the Creation Training Institute Adjunct Educators seminar with Mike Riddle and SFE’s Dr. Anthony Silvestro. Mike is using many of our resources for their training. Andrew was able to speak with many other excellent speakers at the Cruciform Conference hosted by Brandon Scalf. This was an excellent conference where Andrew was asked not only to be a main speaker but also spoke at the preconference. We wrapped up the year in sunny Florida, able to speak in Jacksonville Florida at Christ Reform Community Church where Pastor Andrew Smith serves. The following weekend, Andrew and Anthony provided our social justice seminar for Beulah Baptist Church with Pastor Casey Butner. This was an important seminar, as it was attended by 2 Pastors and churches that supported and walked in the black lives matter protests. Andrew and Anthony were able to delineate the issues from a biblical and historical perspective.

For 2021, we will be heading to Israel with Justin Peters. If you would like to join us make your deposit at IsraelTour2021.com 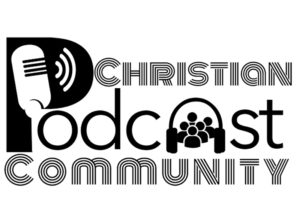 The CPC has doubled over this past year, as we currently have 40 Christian podcasts. Our podcast host told us that we are their largest and most active podcast network. Altogether, the CPC has over 1.7 million downloads, this has helped to increase traffic on the SFE website, as we average over 75,000 downloads per month.  This helps more people find SFE and its valuable and vast resources, including CPC.  This has enabled SFE to use the medium of podcasting to reach people around the world, including 195 countries and all 50 of the United States.

One of the big things we worked on with the CPC this year was to automate the intake process for new podcasts. This used to be a time-consuming process that would take the administrators (Coleen Sharp, James White, and Anthony Russo) much time to manage. Most of the tracking will be automated with the new system, and we will be able to add new podcasts quicker. This automation will allow us to use more of our time on discipling podcasters, rather than managing applications. This automation was made possible by a friend of the ministry – Ken Cook of The Prepared Marketing company. We also had a new website released that looks great, thanks to Josh Comstock of Peace Harbor companies. 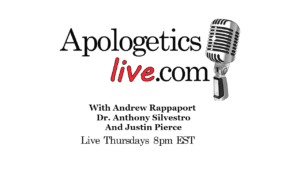 Andrew’s Apologetics Live show has added two more cohosts. Andrew is now joined weekly on Thursday nights with Dr. Anthony Silvestro and Pastor Justin Pierce. We have been able to grow the audience, even after our friend, Matt Slick, had to step back due to time constraints. Because of the research of Dr. Silvestro, this show has exposed a cult masquerading as a church in Iowa. This cult had a lot of support from other pastors and ministries because they did not know the widespread abuse emanating from there until these shows exposed it.  We spent many hours talking to and counseling people who were harmed by this cult. They were even exporting their beliefs to Africa until the African ministry heard about the shows, learned the issues, and denied working with them.

Apologetics Live has given believers the ability to ask any questions of experts. We cover a vast number of topics, and it is open to anyone that can join. We welcome people coming in and asking questions on Thursday nights from 8:00 to 10:00 PM EST. If you have not watched the show or listened to the podcast yet, you can get all the details at ApologeticsLive.com. We recently had our 100th episode celebration with some of the best apologists joining the show and Matt Slick had a big surprise for Andrew, watch it today.

For many years, Andrew has been researching the claims of the deity of Christ through the Gospels. He hopes to make a big push to publish this by the end of the year. This book would show how to falsify the popular “Jesus never claimed to be God” argument.  Many unbelievers try to say that the idea of Jesus being God was formulated over years and solidified in the last gospel, John.  Andrew hopes to show that the earliest gospel accounts reveal that Jesus is God. In fact, he has detailed that 48% of the gospels refer to Jesus as God. 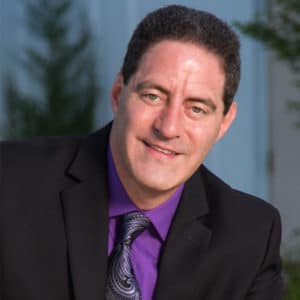 This has been an extremely busy year for Andrew. After he returned home from the Shepherds Conference, he was informed that the pastor of the church plant he had been working with disqualified himself from ministry. Since the first week of March, Andrew has picked up the preaching responsibilities at the Master’s Church of Bucks County. Later in the year, Andrew was asked to join the elder board of the church, and he picked up much of the counseling responsibilities.  In August, Andrew’s family moved from New Jersey to Pennsylvania in order to be able to serve his church better. Even with all this new responsibility, he continues to push SFE and the CPC to do more for the kingdom of God here on earth. 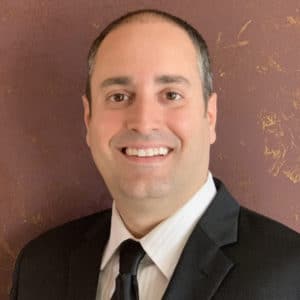 Like Andrew, many of Anthony’s speaking engagements were canceled in 2020.  However, he spent the extra time wisely!  Dr. Silvestro is now a regular on Apologetics Live and is spending some of that extra time in study and prep for the show.  He also developed new teaching materials which have been widely popular this past year in speaking out against BLM and Social Justice, as well as his new talk, “Morality, Rights, and the Proper Role of Government,” in light of the overreach of government in relation to churches and people’s God-given rights.

Sadly, Anthony lost his father recently, but his dad was granted repentance and faith on his deathbed, days before he lost consciousness!  An answer to many years of prayer!