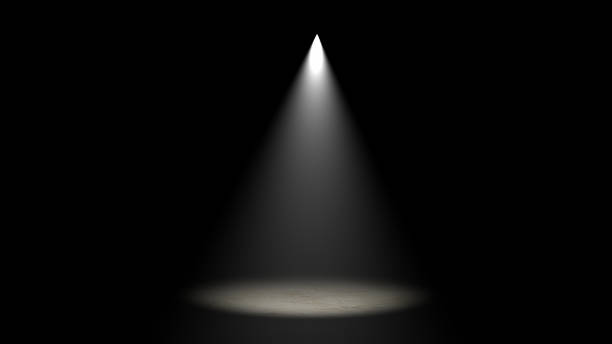 One of, if not the most, controversial statements in the Bible is Jesus is God. All unbelievers get this wrong one way or another. Some, like the Jews in Jesus’s day, believe He is just a man. Others, like Arius, believe he is a super important being. Yet, others like oneness Pentecostals, believe Jesus is not distinct from the Father. John wants his readers to know the Jesus they need to believe in is also God, distinct from the Father. Yet, is one in essence with the Father, eternal, the creator, the savior of mankind, and not able to be overcome by the darkness.

Jesus must be believed for who He is, the only Son of God, who is God, creator of the universe, and overcomer of darkness. Jesus is who He claimed to be. Those who do not believe are lovers of spiritual ignorance.

John wrote his gospel in 90 A.D. He wrote it decades after the synoptic gospels. All the other apostles died off and he wanted to write a gospel with 90% new material. He wrote the gospel as the first gospel tract. He even states his own thesis at the end of the book, “but these are written so that you may believe that Jesus is the Christ, the Son of God, and that by believing you may have life in his name” (John 20:31, ESV). He wanted to prove Jesus is God and must be believed in as Jesus is to be saved.

John combines the Jewish creation account and the Greek idea of the divine Word. In fact the account mirrors Genesis 1:

Just like the Genesis creation account, the God created the world through speaking, the Word (v. 3a). The creation account credits God with creating the world (v. 1). John is clearly identifying the “Word” with God the creator (John 1:1–2, Genesis 1:3).

This brings up the point that the “Word” was alongside God (John 1:1b). Since the “Word” was with God, the “Word” had to have some distinction from the rest of the Godhead. This preestablishes the Trinity in the Father, Son, and Holy Spirit relationship. The “Word” being God, yet distinct from God, provides for a distinction in persons of the Trinity.

The Word is also God. Jehovah’s Witnesses like to argue that Jesus was a god by saying there is no definite argument before “God.” Here is the passage in the Greek, “καὶ θεὸς ἦν ὁ λόγος” (John 1:1c, UBS5). What Jehovah’s Witnesses do not understand is they are completely ignorant of Greek grammar. In Greek grammar, when there is a linking verb, was “ἦν,” the subject, word “λόγος,” takes the definite article, the “ὁ,” and the predicate nominative, God “θεὸς,” drops the definite article. So in the Greek, there is no better way to say the Word was/is God than this construction. The Word is God!

The Word is the Creator

The “Word” being God is emphasized by the fact He was in the beginning with God. The Word also created all things (John 1:3a). This is something the creation account only accredits to God (Genesis 1:1). Nothing was created without Him (John 1:3b). This means the “Word” is YHWH. He is the source and sustainer of life (John 1:4a). This can only be attributed to God.

The Creator is the Savior

The Life is the light of all mankind. Light is generally referred to as truth, goodness, and God (John 3:19-21, 1 John 1:5). This is again something that can only be attributed to God.

Now the light also came into the darkness. One commentator put it best,

The first paragraph concludes with the statement The light shines in the darkness, but the darkness has not understood it. Again the allusion is to the Genesis creation account in which darkness covered the face of the earth. God said, ‘Let there be light’ (Gen. 1:3), and the darkness gave way to the light. The evangelist, while alluding to Genesis, foreshadows the coming of the light of God into the world in the person of the incarnate Word. Through him light shone among the Jewish people. He entered their ‘darkness’, and ‘the darkness has not understood it’. The verb which the niv translates as ‘understood’ (katelaben) could also be rendered ‘overcame’ (nrsv). This is in line with the way the verb is used elsewhere in John (8:3–4; 12:35). Understood in this way the evangelist is foreshadowing the repeated futile attempts of ‘the Jews’ to extinguish the light, Christ.[1]

The darkness refers to the spiritual ignorance keeping people away for salvation. This means the light is the only hope for the salvation of mankind.

The way we know this refers to Jesus Christ is in verse 14, “And the Word became flesh and dwelt among us, and we have seen his glory, glory as of the only Son from the Father, full of grace and truth” (ESV). Jesus, fully man, is God the Son, distinct from the Father; however, while being fully man, He is fully God nonetheless.

If one is to be saved, then they need to have to believe in Jesus for who He really is. He is the eternal God, creator, sustainer, and savior of mankind. We also need to be able to proclaim this to combat Jehovah’s Witnesses, Mormons, and Oneness Pentecostals. If we neglect to preach Christ as He really is, we neglect the only true saving gospel.

If you want more biblical resources on how to study the Scriptures, then check out the store at strivingforeternity.org/store. There are also a lot of other articles on the website to encourage you to dive deeper into God’s Word. Please also check out Apologetics Live at strivingforeternity.org/apologeticslive where Andrew Rappaport, Anthony Silvestro, and Justin Pierce answer your questions and teach you how to defend the faith. It is on from 8pm – 10pm EST. Also do not forget to check out the Rap Report where you can hear the teaching of Andrew Rappaport and the Christian Podcast community. Lord bless you.