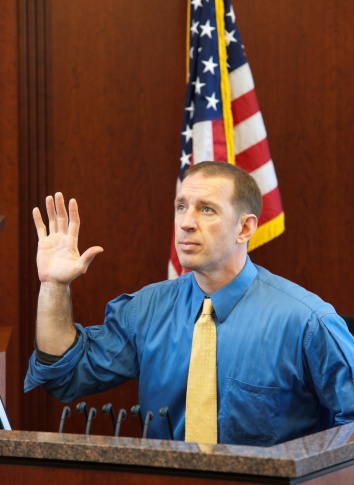 The reliability of the Bible has been questioned throughout time.

William Tyndale was one of the best witnesses for the English-speaking people on Christ and the gospel. The year was 1525. The Bible was illegal in the common language. Yet William Tyndale passionately wanted the people to be saved by grace through faith, as revealed in the Bible. He determined that the boy behind the plow knew more scripture than the priests in the church. He knew the original languages in the Bible as well as seven others. With this knowledge, he fled to Germany to translate the Bible from the original languages to the English language. Eventually, he was betrayed by a close friend and was strangled at stake. Before he died, he prayed that the Lord would open the King of England’s eyes. Two years later, his translations were used to form the first official translation in the English language. Every English speaker with a Bible is indebted to William Tyndale’s testimony for the gospel and Christ in translating the English Bible. Similarly, John the Baptist was the first to witness of Jesus Christ as the Son of God who saves us from sin.

The first witness’s testimony about Jesus was that Jesus is the eternal Son of God who came as the Lamb who takes away the world’s sin. This will be proved through three testimonies from John. One can trust God’s Son through the testimonies of God’s Prophet.

John the Baptist was established by the apostle John as the first witness to the Light, Jesus Christ (John 1:6,15). In the context of the gospels, John was already established as a prophet (Matthew 3). Jesus used the credibility of John the Baptist as a prophet to confront the Pharisees in their rejection of Him because John testified that Jesus was the Messiah (Matthew 21:23-27).

Due to the severe oppression of the Jews, there was a lot of Messianic expectation. This came with many people looking for signs from the Old Testament. The Jews had many different prophetic expectations, including the coming of Elijah as seen in Malachi 4:5-6, “”Behold, I will send you Elijah the Prophet before the great and awesome day of the Lord comes. And he will turn the hearts of fathers to their children and the hearts of children to their fathers, lest I come and strike the land with a decree of utter destruction” (ESV).

This matches the language the angel Gabriel used to explain to Zachariah the significance of John’s birth,

But the angel said to him, “Do not be afraid, Zechariah, for your prayer has been heard, and your wife Elizabeth will bear you a son, and you shall call his name John. And you will have joy and gladness, and many will rejoice at his birth, for he will be great before the Lord. And he must not drink wine or strong drink, and he will be filled with the Holy Spirit, even from his mother’s womb. And he will turn many of the children of Israel to the Lord their God, and he will go before him in the spirit and power of Elijah, to turn the hearts of the fathers to the children, and the disobedient to the wisdom of the just, to make ready for the Lord a people prepared” (Luke 1:13-17, ESV).

Even Jesus said John the Baptist was the second Elijah, but the people of Israel rejected him (Matthew 17:12-13).

Though John the Baptist was a prophet and the second Elijah, he just wanted to be known as a witness for the Messiah (John 1:23). He would rather say yes, he was prophesied about in Isaiah, however, he is just a mere witness for the Messiah. This was a reaction to the Pharisees grilling him on whether or not he was the Christ, the Prophet, or Elijah (John 1:19-22).

In effect, they wanted to know what made John the Baptist so great that the people of Israel and the religious elite had to listen to him. Yet, John would only derive his authority as one who was heralding the Messiah (v.23). In fact, John claimed the Messiah was so great he was not worthy to untie the sandals of the Messiah, supposedly to wash his feet, the job of the lowest slave. John saying these things and baptizing was setting up for Jesus to come along to reveal to Israel the Son of God.

When Jesus came onto the scene, John immediately testified Jesus as the Messiah, whose mission was to pay the debt of the whole world, not just the Jews, but everyone who was called to repent and trust in Jesus (John 1:12-13,29). In doing this, John brought up the sacrificial system of the Jews, where lambs were used to cover sin (Leviticus 4). Another image that should have been brought to mind would be the blood of the Lamb of the Passover on the doorposts, where the angel of death passed over the houses marked (Exodus 12).

John also proclaimed the eternality of Jesus (John 1:30). Jesus was actually born after John (Luke 1-2). Yet, John, the apostle, said several times in the introduction of his gospel that Jesus was the eternal Word. John testified Jesus was before him and ranked before him (John 1:1, 6, 15).

As mentioned before, John’s ministry was to prepare and proclaim Jesus as the Son of God (John 1:31). Yet, John himself received confirmation of this by seeing the Holy Spirit descend on Jesus like a dove after his baptism (1:32). This must have been a fantastic experience for John to see Jesus for who he truly is. John, as a prophet, was told by God he would see this happen, and he saw it in Jesus (1:33). It must have confirmed in John’s mind Jesus is truly the Son of God. That must have been why he kept proclaiming it (1:34).

The apostle John wanted to emphasize that the Baptist repeatedly told people Jesus is the Lamb of God (1:35-36). John must have said this message often to his disciples. This came to the point that he could send John, the future apostle, and Andrew to Jesus (1:36). It caused the disciples to see Jesus as the Messiah (1:37).

There are a lot of takeaways one can take from John the Baptist. He did not exalt himself, even when it would have brought his message more credibility. He kept on task when he saw Jesus. He did his job glorifying Jesus as who Jesus truly is. He was not content to say the message occasionally but repeatedly so that his disciples would leave and follow Jesus.

Yet, this is not even the main point of John’s mention of the Baptist. John was the first trustworthy witness to Jesus, God the Son. He may be a little evidence of who Jesus is; however, he is one of the many witnesses to Jesus as the Son of God. Christians can use John the Baptist’s testimony to prove Jesus is who He really is.

As the last Old Testament prophet did not elevate himself but publicly proclaimed Jesus as God. His testimony proves Jesus is the eternal Son of God who came like a sacrificial lamb to take away the sin of all who believed in Him. He saw the glory of God descend on Him, the Holy Spirit and identified Jesus as the eternal Son of God. This led two of Jesus’s disciples to follow Jesus. We can trust in Jesus through John the Baptist’s testimony.

If you want more biblical resources on studying the Scriptures, check out the store at strivingforeternity.org/store. There are also a lot of other articles on the website to encourage you to dive deeper into God’s Word. Please also check out Apologetics Live at ApologeticsLive.com, where Andrew Rappaport, Anthony Silvestro, and Justin Pierce answer your questions and teach you how to defend the faith. It is on from 8pm – 10pm EST. Also, do not forget to check out the Rapp Report, where you can hear the teaching of Andrew Rappaport and the Christian Podcast Community. Lord bless you.