Now a man from the house of Levi went and took as his wife a Levite woman. 2 The woman conceived and bore a son, and when she saw that he was a fine child, she hid him three months. 3 When she could hide him no longer, she took for him a basket made of bulrushes and daubed it with bitumen and pitch. She put the child in it and placed it among the reeds by the river bank. 4 And his sister stood at a distance to know what would be done to him. 5 Now the daughter of Pharaoh came down to bathe at the river, while her young women walked beside the river. She saw the basket among the reeds and sent her servant woman, and she took it. 6 When she opened it, she saw the child, and behold, the baby was crying. She took pity on him and said, “This is one of the Hebrews’ children.” 7 Then his sister said to Pharaoh’s daughter, “Shall I go and call you a nurse from the Hebrew women to nurse the child for you?” 8 And Pharaoh’s daughter said to her, “Go.” So the girl went and called the child’s mother. 9 And Pharaoh’s daughter said to her, “Take this child away and nurse him for me, and I will give you your wages.” So the woman took the child and nursed him. 10 When the child grew older, she brought him to Pharaoh’s daughter, and he became her son. She named him Moses, “Because,” she said, “I drew him out of the water.” Exodus 2:1-10

Many of us are familiar with the life story of Moses.  We know God kept him safe while many young Hebrew boys were being murdered by the Egyptians.  He was given up by his birth mom and found by the daughter of Pharaoh.  Pharaoh’s daughter adopted him into her family and God continued to bless Moses and use him throughout his life.

Two years ago my wife and I received our license to foster/adopt.  A few weeks after being certified we received a call that a newborn was in need of a home.  They told my wife his name was Moses.  Regardless of his name, we would’ve taken him in, but his name was Moses!  We accepted the chance and he came to our house right from the hospital at a week old.  He has been with us ever since and today, September 3, 2020, he officially became legally recognized as a member of our family.

Just like Moses in the bible, our Moses had a birth mother who gave him life.  She then gave him a chance to live that life.  In a day when so many single mothers choose to kill their own baby through abortion, this mother made the decision to bless this child, and now us, with life.  In a day when the Egyptians are now the spirit of the age saying, “Kill your child.  It is better for you if you don’t have this child.  Do you really want to let someone else raise your child?” this mother chose life.  While she may not have put him in a basket made of bulrushes, she did allow him to be put into what I hope is a loving family that will raise him as if he is our own.

Blessed be the God and Father of our Lord Jesus Christ, who has blessed us in Christ with every spiritual blessing in the heavenly places, 4 even as he chose us in him before the foundation of the world, that we should be holy and blameless before him. In love 5 he predestined us for adoption to himself as sons through Jesus Christ, according to the purpose of his will, 6 to the praise of his glorious grace, with which he has blessed us in the Beloved. Ephesians 1:3-6

As with the Moses of the bible, Moses has a future that God knows.  We don’t know exactly what that is, but our goal in adopting him is to teach him who about the God that does.  How great it is to know that, as a believer in Jesus Christ, I was adopted into the family of God.  God did not adopt me for anything that I have done. I offered nothing to God to make Him decide to be my Father.  It is all by His grace that He adopted me in and gave me a home.  It is all by grace that I can call Him “Abba, Father.” It is all by grace that I am a fellow heir with Jesus Christ. I gave God every reason to leave me an orphan yet He adopted me by grace through faith in Jesus Christ. 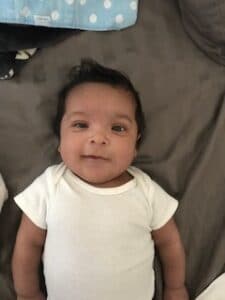 For the promise is for you and for your children and for all who are far off, everyone whom the Lord our God calls to himself.” Acts 2:39 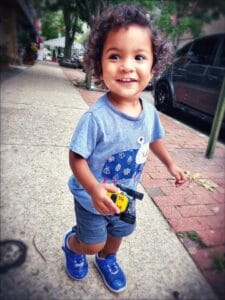