The Gospel Is Not A Theory: A Review Of Voddie Baucham’s “Fault Lines” 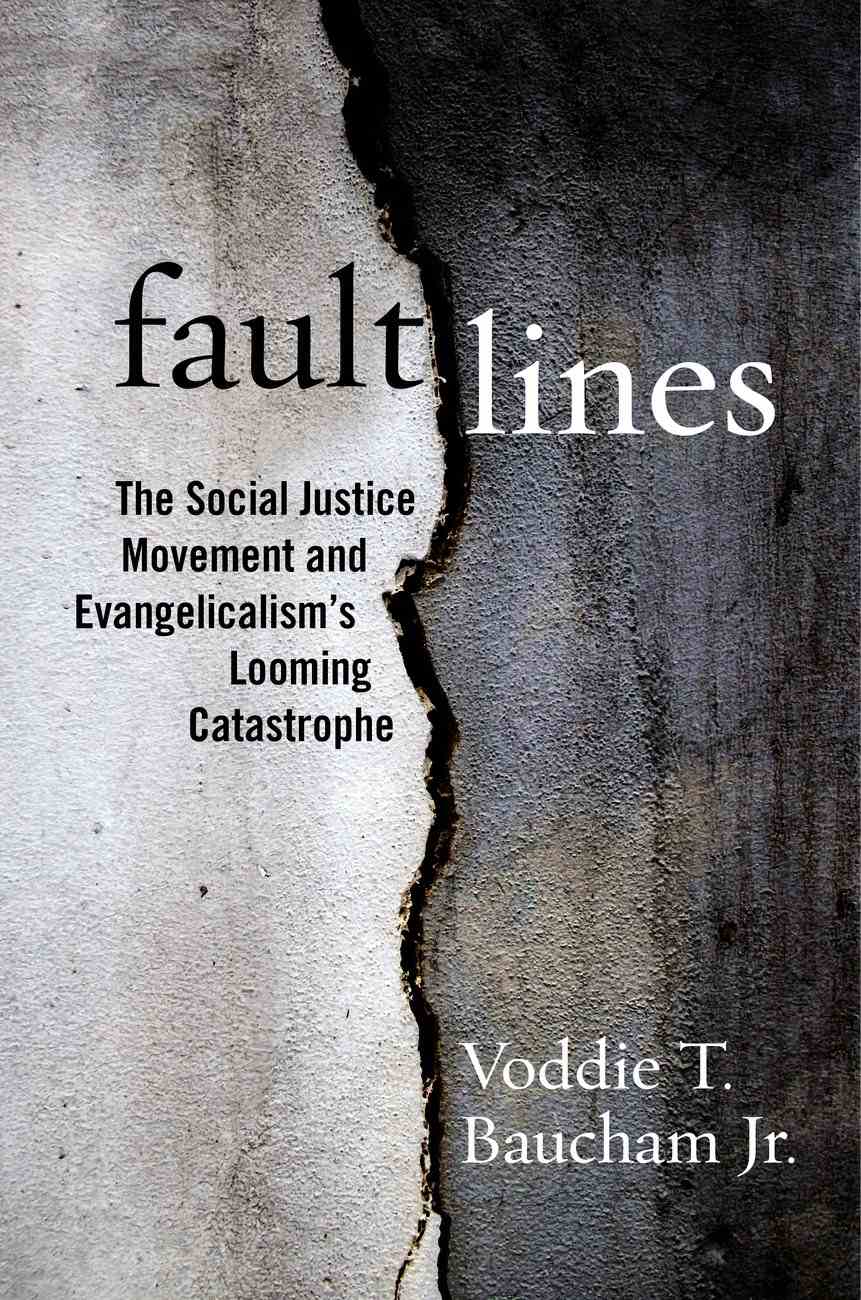 If one were to look at Voddie Baucham through the lens of social justice, that is, through the lens of ethnicity and victimhood, one might be easily persuaded that there would be no way in which he should have written this well-researched, masterfully measured, and biblically Berean warning against the movement that has so absorbed the bulk of evangelicalism.

Consider his own description of his childhood.  “I grew up poor, without a father, and surrounded by drugs, gangs, violence, and dysfunction in one of the toughest urban environments imaginable.”  Add to that, if you didn’t already know, the fact that Baucham is, as one chapter of his book is entitled, “A Black Man.”

Yet rather than becoming an advocate for the social justice movement, as his ethnicity and childhood difficulties might otherwise suggest, Baucham’s childhood did not find him merely enduring difficult circumstances.  “Yet through all of that I didn’t just survive,” he writes, “I thrived!”  How can this be?  How can he not be merely a nameless statistic pointed to by the social justicians decrying systemic racism, white privilege, and economic oppression?  Indeed, how can this Oxford educated theologian not be advocating for Critical Race Theory/Intersectionality (CRTI) alongside the many social justice proponents he instead exposes in this book?

How exactly did he thrive in this circumstance?  “Not because of government programs,” he states, “or white people ‘doing the work of anti-racism’; I thrived in large part because, by God’s grace, my mother protected me, sacrificed for me, advocated for me, and disciplined me.”

Indeed, “by God’s grace” is exactly why Baucham is not found on the social justice side of the “fault line” about which he is warning the church.  It is precisely “by God’s grace” that he has, instead, written this book, one which Josh Buice has said “is a gift to the bride of Jesus.” 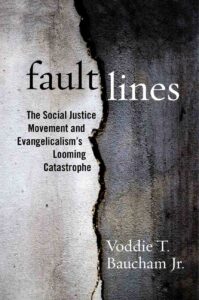 Fault Lines: The Social Justice Movement and Evangelicalism’s Looming Catastrophe is a non-stop read.  And it is that for a number of reasons.  The book is immensely instructive as it outlines in historic and logical fashion the “Thought Line” of critical theory.  Provided are concise definitions of key terms of the social justice movement which are not merely drawn from a bystander’s perspective, but from the theory’s very proponents themselves.

Fault Lines is even further instructive in that it pointedly contradicts, with truth and evidence, the popular narrative of high profile cases promulgated by the mainstream media as proof of systemic racism, particularly with regard to charges of police brutality targeted against blacks.  Baucham analyzes the cases which such social justice campaigns as the “Take A Knee movement” and Black Lives Matter have employed to catapult into the dominant national conversation.  From cases like Trayvon Martin, George Floyd, Tamir Rice, Philando Castile, Michael Brown, and more, Baucham counters the popular narrative with actual facts noting that “real justice requires truth.”

In addition to its educational value in teaching a brief history of CRTI, and analyzing the dominant examples promoted by it, Fault Lines is helpfully and necessarily, though irenically, polemic. It is polemic in that Baucham is not bashful about naming the names of those, particularly within evangelicalism, who are found standing on the CRTI side of the fault line now severing the visible church.

“Why are people and groups,” he posits, “like Thabiti Anyabwile, Tim Keller, Russell Moore, the Southern Baptist Convention, the Ethics and Religious Liberty Commission, 9Marks, the Gospel Coalition, and Together For The Gospel (T4G) being identified with Critical Social Justice on one side of the fault, and people like John MacArthur, Tom Ascol, Owen Strachan, Douglas Wilson, and the late R.C. Sproul being identified on the other?”  The question is amply answered.

Fault Lines, beyond being helpful by its instruction and polemics, is also thoroughly biblical.  Baucham not only analyzes CRTI with practiced discernment, but also with biblical wisdom.  Near the book’s conclusion, Baucham writes, “My goal is not to destroy, but to expose (Ephesians 5:11), warn (2 Timothy 3:15), and correct (2 Timothy 2:25) in hopes that ‘they may come to their senses and escape from the snare of the devil, after being captured by him to do his will’ (2 Timothy 2:26).  To that Baucham adds, “And yes, I do mean to call these ideologies demonic.”

In all, Baucham cites Scripture over 90 times in Fault Lines‘ 233 pages.  (Compare that with Jemar Tisby’s 215-page work promoting CRT to Christians, The Color Of Compromise, with its 16 references to the Bible; Tisby, who holds an M.Div. from Reformed Theological Seminary, is, by the way, featured in Fault Lines.)  The Christian is commanded by Scripture to “contend for the faith once delivered to the saints (Jude 3),” a task under which Baucham labors throughout this book.

Perhaps the most helpful analysis of the social justice movement provided by Baucham is outlined in Chapter Four.  The chapter, entitled “A New Religion,” astutely assesses the body of social justice and CRTI as nothing short of a new religion.  “At the epicenter of the coming evangelical catastrophe,” he writes, “is a new religion – or, more specifically, a new cult.”  While “cult” might sound like an extreme pejorative, Baucham points out that the movement “has many of the hallmarks of a cult, including staying close enough to the Bible to avoid immediate detection and hiding the fact that it has a new theology and a new glossary of terms that diverge ever-so-slightly from Christian orthodoxy.”

The cult of anti-racism “has created a new lexicon” that supports an “entire body of divinity.”  Baucham writes:

One by one, Baucham pithily and pointedly analyzes the various elements of the cultic theology of the social justice movement.  He shows how easily many Christians are being duped by what is a truly demonic ideology.

In a promotion ad leading up to the book’s official release on June 6, Baucham wrote about the reason for the book.  “This book is, among many things, a plea to the Church.  I believe we are being duped by an ideology bent on our demise.  This ideology has used our guilt and shame over America’s past, our love for the brethren, and our good and godly desire for reconciliation and justice as a means through which to introduce destructive heresies.”  In its Introduction, Fault Lines similarly cites John MacArthur saying he “calls it ‘the greatest threat’ to the Gospel in his lifetime.”

The opening quotation of Fault Lines is telling precisely due to God’s intervention:

“It is the truth which is assailed in any age which tests our fidelity.  it is to confess we are called, not merely to profess.  If I profess, with the loudest voice and the clearest exposition, every portion of the truth of God except precisely that little point which the world and the devil are at that moment attacking,  I am not confessing Christ, however boldly I may be professing Christianity.  Where the battle rages the loyalty of the soldier is proved; and to be steady on all the battle-field besides is mere flight and disgrace to him if he flinches at that one point.”

With this book, Baucham has not flinched.  Indeed, by the grace of God, he has armed the church so that it need not be “tossed here and there by waves and carried about by every wind of doctrine” (Eph. 4:14).  In an evangelical climate in which everything is claimed to be “gospel driven” or “gospel centered,” the ideology of social justice, though slathered with Christian lingo, is decidedly anti-gospel.  As Fault Lines so helpfully and soundly confirms, the Gospel is not a theory.

Fault Lines: The Social Justice Movement And Evangelicalism’s Looming Catastrophe is set to officially release on April 6.  It will be available through most major book retailers.  Pre-release copies were available at the recent Ligonier Conference.  In the run-up to its release, Voddie Baucham Ministries has created a “Launch Team” promotion in which participants receive an advance PDF version of the book.  The Launch Team information may be found HERE.