Why Gay Christianity Is A False Religion 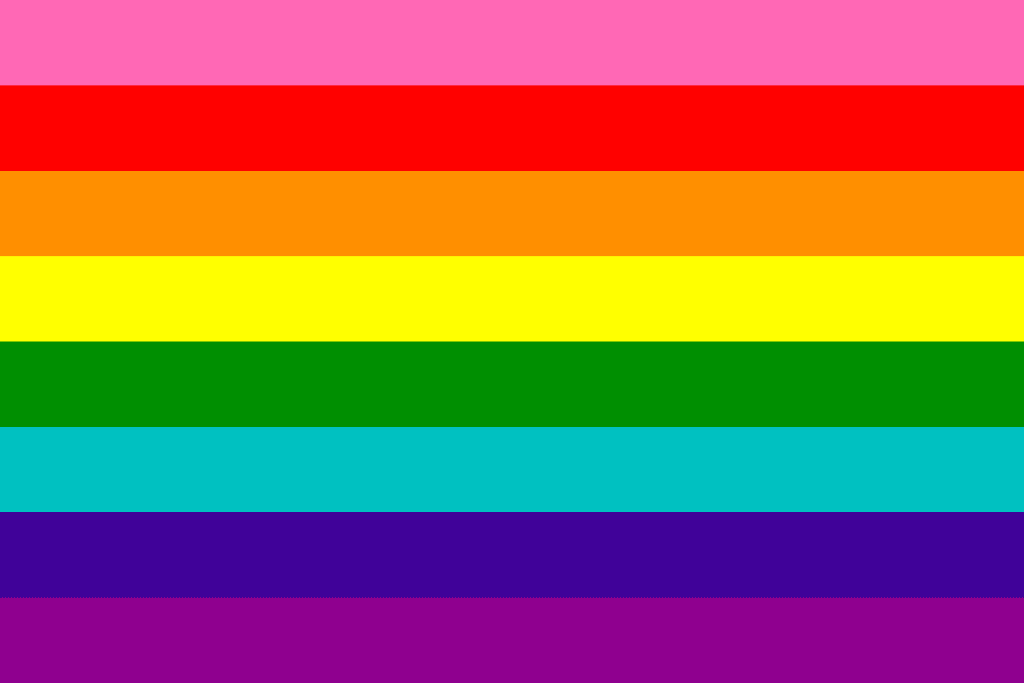 [Ed.Note: The following article is being republished with the author’s permission.  The original article was published in the Pueblo West Baptist Church newsletter and on the pastor’s personal blog, teddmathis.com. BA]

Tedd Mathis is pastor of Pueblo West Baptist Church in Pueblo West, Colorado. He and his wife, Dawn, have been married for 39 years and have three children.

Here is what threatens to take us captive.  Since the mid 1970’s there has been a concerted effort to teach the world that being ‘gay’ (or LGBTQ+) is an essential definer of some people. This truth claim wants us to believe that same sex attraction (SSA) or transgenderism is part of a person’s fundamental humanity. That’s just who they are. Therefore, to call them to repentance and flee to Christ for forgiveness and put to death the deeds of their body is like calling someone to repent for being right-handed. This view is now being argued for in the name of Christ within the professing church. (https://revoice.us , http://www.matthewvines.com/ ; https://www.qchristian.org/ )

The Standard God Has Given Us

Here is the standard for sexuality and sex according to Christ:

But from the beginning of creation, God made them male and female. 7 For this reason a man shall leave his father and mother, 8 and the two shall become one flesh; so they are no longer two, but one flesh. 9 What therefore God has joined together, let no man separate.” – Mark 10:1-12

Our Lord’s standard comes from Genesis 1-2. It is what God decreed from the beginning. God made males in His image. God made females in His image. This divine blessing of maleness and femaleness comes with a commission: be fruitful and multiply and fill the earth with more image bearers (Genesis 1: 28). This commission is to be fulfilled in the union between one man and one woman. There is to be a sacred solidarity that comes with this union. A husband is to sexually desire and enjoy his wife alone and she is to respond solely to him. They are to become one flesh, and neither of them, nor anyone or anything else, is to defy, defile or divide this blessed union.

This is why the Holy Spirit declares in Hebrews 13:4 — Marriage is to be held in honor (counted precious) among all, and the marriage bed is to be undefiled; for fornicators and adulterers God will judge.

With sin came a disposition to reject and defile God’s blessed commission. Sin brings an ongoing effort to suppress and distort that truth (See Romans 1:18-32; Mark 7:20-23; Gen. 6:5; Eph. 2:1-3). Rejecting what God has revealed both in our bodies and in Scripture, man’s perceptions appear to be wise, but we have become fools. Our empty deception results in evil desires and practices considered natural and deemed normal.

Who Gets To Define Us?

This is man’s attempt apart from God to understand and accept as final what man reports about himself. Since this concept doesn’t start with a moral God, there is no assessment of right or wrong. Yet it is written by experts who offer their counsel to those troubled about their self and sexual attractions. With God absent, the APA has no standard. With Christ dismissed, the APA has no Gospel. No troubled sinner leaves a psychologist saying, “that is who I was. But I’ve been washed. I’ve been sanctified. I stand justified in the name of the Lord Jesus Christ! (I Cor. 6:9-11)”

Whoever writes the dictionary determines what man believes. Not long ago the common term used to describe man-with-man sexual attraction and activity was ‘sodomite or sodomy.’ This label was rooted in the belief same sex sin would be judged for its abominable defilement of what God says is good. Today, it’s ‘gay.’ A positive, happy, celebratory word describing what God still considers abominable and only brings His wrath (I Cor. 6:9-11; Jude 7).

Who determines your beliefs? Man’s ever-shifting philosophies, or Christ — in whom all the fullness of deity dwells? (Col. 2:9)

Today there are two prevailing camps that want you to believe one can be gay and a Christian. They’ve become known as Side A and Side B.

Side A Gay Christianity believes there are multiple forms of sexual orientation and practice and all forms should be embraced by all people as gifts from God.  Whatever someone’s orientation, they should be embraced and defended by Christians (so long as it’s practiced without coercion or violence – a loving and meaningful relationship).

Side B Gay Christianity believes same sex attraction is not a ‘morally culpable issue. Although it is a consequence of the brokenness from the Fall (of Adam), Side B teaches against homosexual sexual practice, but only for the sake of Christian tradition. It sees sexual orientation as an accurate category of personhood (i.e, there is such a thing as a gay person – that gayness describes who someone essentially is). {Therefore, Side B gay Christianity} in no way allows for an understanding of why homosexuality, even at the level of desire, is sinful and needing the grace of repentance. To the Side B Christian, homosexuality is a sexuality – one of many’ – Rosaria Butterfield. *

It is Side B Gay Christianity I want to focus on

Side B Gay Christianity wants you to believe ‘gay Christians’ are a sexual minority and you should defend them as such. Further, this teaching expects the gay’s celibacy to be saluted as sacrificial living.

I am convinced Side B Gay Christianity is no less a false religion than Side A is. It denies Christ as Master and turns the grace of our Lord into respectable licentiousness (II Peter 2; Jude 1:3,4).

Side B gay Christianity has crept in by presenting itself in two ways that are convincing to Christ’s people.

First, they present themselves as a minority, misunderstood and oppressed by the majority. They play on the call for God’s people to care for the downtrodden.

Second, by letting it be known they are resisting acting on their sexual desires for the sake of unity and respect for the heterosexual majority in the church, their ‘sacrifice’ is considered honorable. After all, they are ‘presenting their bodies as living sacrifices.’ (Rom. 12:1)

In a recent sermon and a follow up essay addressing homosexuality, Dr. J.D. Greear, pastor of Summit Church in Raleigh, NC, and current president of the Southern Baptist Convention, stated the following: “(We need to) acknowledge upfront… that historically, we in the church have not done a great job of talking about this and maybe even a worse job of caring for those going through this.”

“(Y)ou can think of homosexuality as an affliction, and not just a sinful choice… When you fully understand the gospel, you will stand up and be among the fiercest advocates for the dignity and rights of LGBT.” *

As  leader of the Southern Baptist Convention and as pastor of an influential church in the Convention, when Greear speaks, people listen. While Greear does call same sex desires sin, it is important to note the following:

First, stating Christ’s church has not done its job in addressing homosexuality is entirely absent of proof and is arrogantly self-serving. Thank God Dr. Greear has come along to show Christ’s Church how to finally get it right!

Second, labeling same sex desires as unasked-for affliction is directly opposite of what the Lord states. Greear’s words come straight out of the Side B Gay Christian playbook. An oppressed minority to be pitied and defended is exactly what Side B proponents want from Christ’s people.  And that is precisely what they are getting from the president of the SBC.

Here’s why Side B Gay Christianity is a false religion

According to the Bible there is no such thing as a sexual minority. One is either a male or a female. It is a blessing of God for a male to desire to marry a female and make babies. Likewise, it is a blessing for a woman to desire a man to marry and have his children. This is 100% natural. Same sex desires are a product of the sinful nature that has come as a result of Adam’s sin. Under both the Old Covenant and the New Covenant, the Lord commands His people to reject them, regard them as abominable, resist them, and honor what is blessed and natural.

Side B Gay Christianity rejects the biblical revelation that in Adam our identity is not victim but guilty culprit.  It rejects that God’s saving grace brings change to all that our Adamic nature defies, defiles, and distorts and that in Christ we’re given an entirely new identity and life (See the books of Ephesians and Colossians).

Christians are those who have been divinely confronted with their rebellion, evil desires, and darkened understanding and have been granted repentance. By God’s grace they are now enabled to bring their lives into subjection to their loving Lord – imperfectly, to be sure,  but submitting nonetheless. For those under Christ’s rule, same sex desires can only be regarded as abominable, unnatural.

Christians love the Lord Who took their punishment on the cross and Who provides the righteousness necessary for them to be forgiven and counted righteous before God. They now ‘put on the new self,’ honoring the Lord with their whole being (Eph. 4:20-24; Rom. 12:1-2; etc.).

Side B Gay Christianity denies this Lord. Their lord has no mastery over unnatural desires; they are helpless victims. The lord of Side B Gay Christianity has no power to change them. He leaves them seeking the hollow praise of men for the misery of their self-abasing celibacy as inwardly they covet abominable licentiousness.

The God of the Bible rescues His own from the domain of darkness and transfers us to the kingdom of His beloved Son (Col. 1:13).  Old things pass away; new things come! Not so with the Christ of Side B Gay Christianity.