How Important are the Original Languages When Interpreting the Bible? 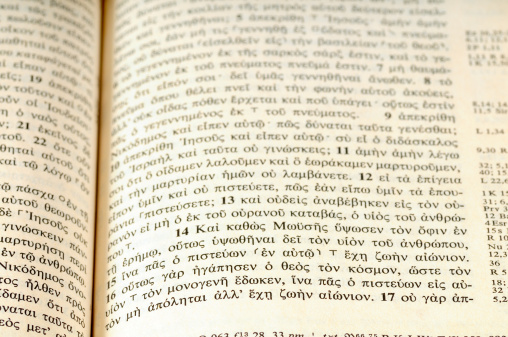 “They read from the book, from the Law of God, clearly, and they gave the sense, so that the people understood the reading” (Nehemiah 8:8, ESV).

Unless you have no biblical education at all, you probably know the Bible did not originate from the King James Version. The Bible was written over a period of fifteen hundred years over the span of three continents in three different languages, Hebrew, Aramaic, and Greek, by forty different authors who all agreed on religion, prophesy, and politics. Since the Bible was written in different dead languages than the ones we have today, many people wonder how important it is to know those languages. This article we will look at reasons why it is important and why it is not necessary to become biblical language experts.

As mentioned before, your Bible was not originally written in English. It is the result of people who dedicated their life to knowing the original languages and translating them into your native language. These people probably spent countless hours learning Greek, Hebrew, and Aramaic.

After completing the language learning section of my MDiv in Biblical languages, I can tell you it is really hard work to come up with a quality translation from Greek or Hebrew into English. The languages are so different from each other it is startling. One word in Hebrew can be a whole sentence. ויאמר, “vayamar,” is one word that means “and he said.” The Hebrew word תּבָּכָה, “tebakah,” can mean “she wept” or “you (masculine) wept,” depending on the context. Both of those situations can be single sentences.

One big reason it is helpful to actually know the original languages and how they work is because of their foreignness to English and other modern day languages. We can read something in a modern translation and miss the meaning because the original word had a larger or smaller semantic range than the modern equivalent. This can be seen in the word “Baptism” “βαπτιζω.” It literally means to “dip, immerse, plunge, or drown.”

Another problem would be when the grammar calls for a different understanding in the original than what can be presented in a translation. One example is in Acts 22:16. Baptismal regenerationists say baptism washes away one’s sins because of this verse.[1] Yet, the grammar shows “wash away your sins” is the main verb in the passage, not baptism, and it is explained by a participle of means “calling on his name” (ESV).[2] This means though baptism happened alongside of “wash away your sins”, “calling on his name” is what actually accomplished it.

This brings us to the last problem. False teachers will try to mess with the meaning in the original language in order to insert their false teaching. We see this with the word “יוֹם”, “yom.” False teachers will say is means day or extended period of time to promote the idea of millions of years. While they are correct that day can mean more than a twenty four hour period, context determines the meaning of the word, like all other words. When one sees the word “day” with morning and evening and a cardinal number, like one sees with Genesis, it means a literal twenty four hour day.

The best resources to get if you want to start learning more about the biblical languages are to go to The Master’s Seminary in Sun Valley, California. If you want to go the cheaper route, I recommend with starting with Todd Friel’s It’s Not Greek to Me.[3] There are also free lessons on Youtube with Aleph With Beth and Alpha with Angela. Biblingo.com is another great resource which will help get your feet wet. If you do go this route, however, make sure you find someone like your local pastor who has been to seminary to help you be accountable in your learning and teach you better.

Why You Don’t Have to be a Biblical Language Expert

While all of the above is true, you don’t have to be a biblical language expert to interpret the Bible for yourself. Most translations are extremely reliable. The newest translation I am fond of is the Legacy Standard Bible translated by the team from The Master’s Seminary. Reading a passage in context clears up ninety-five percent of interpretive issues.

Very rarely will I have to rely on a word study in the original languages to better understand a passage. Usually, I read a whole book about five times to get a general flow of the book and see how the passage relates to the book. I will also tread different types of translations to see how people present “word-for-word”, “thought-for-thought,” and “compromise” translations. The MacArthur’s New Testament Commentary Series also clears up a lot of confusion in any given passage. Then there are all the exegetical commentaries, word studies, and sentence diagrams available with Logos 9 gold. The free resources from Blue Letter Bible also equip the everyday interpreter get a good grasp on a passage.

It is also helpful to note that it is better to just read a passage in context than dissect a passage or do a word study. Not every scholar, in fact most scholars, do not agree on the specifics with the biblical languages. Moses did not write a Hebrew Grammar. He wrote Genesis, Exodus, Leviticus, Numbers, and Deuteronomy. Scholars have to make educated guesses as to the grammar and words he used.

Thankfully, much of Hebrew grammar is preserved in Aramaic and Arabic (though they are not exact representations). Scholars also determine usage by reverse translating an early translated text back to the original language. Since the Old Testament was translated into Aramaic and Greek, one can see the overlap between the translations and determine a better grammar and syntax. They also study how the words are used in reference to each other. One thing my Hebrew professor told me when I translated a passage was to translated it with what makes the most sense in the context. That is exactly what professional translators do as well.

There is a similar problem with the New Testament as well. The New Testament was not written in educated classical Greek, like Homer’s Iliad or Plato. It was written in street Greek, or Koine Greek, with Semitic influence because of the writer’s background and the large use of the Septuagint. Considering language is fluid, there are large varieties of differences between each author in writing style, grammar, and use of words. Scholars, again, have to employ a different pair of studies when determining rules and meaning of words. With words and sentences used more frequently, scholars develop rules and meanings at the given time of writing called “synchrony.”[4] With words and clauses used less frequently, scholars have to see how the word has been used and understood throughout history in a study called, “diachrony.”[5]

All this to say, you do not have to be an expert on biblical languages to properly interpret the Bible. Context is king in biblical interpretation. Context will solve over ninety percent of your interpretive issues. On the less than ten percent that does not make sense, use common sense and the MacArthur Study Bible or commentary series.

How important are the original languages when it comes to interpreting the Bible? On the one hand, they are extremely helpful in getting the range of understanding for a word and defending the truth against false teachers. On the other hand, context is more important in interpreting a passage than knowing the nuances of Greek participles. There needs to be a good balance between the two. Thankfully, there is already mentioned above a plethora of resources which can help you on this journey. One resource is Logos 9. If you purchase Logos with the promo code SFE, you can also get five free books at no expense to you.

Nehemiah was an expert in Hebrew and the Old Testament. He carefully explained the scriptures to the returned exiles in the language they could understand so they could live in the promised land. It is the job of every preacher and teacher to carefully explain the Bible to their congregation. Yet, it is every person’s job to know God’s Word for themselves. Knowledge of the original languages play a part in that interpretive journey, but context is king.

[4] Daniel B. Wallace, Greek Grammar beyond the Basics: An Exegetical Syntax of the New Testament, (Grand Rapids, MI: Zondervan, 1996), 4. 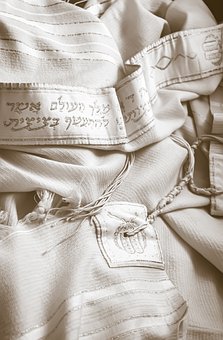 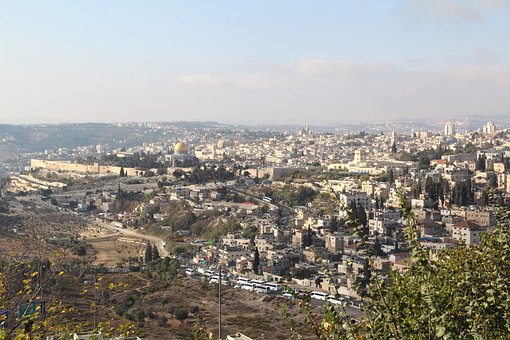