On Being Southern Baptist and Reformed 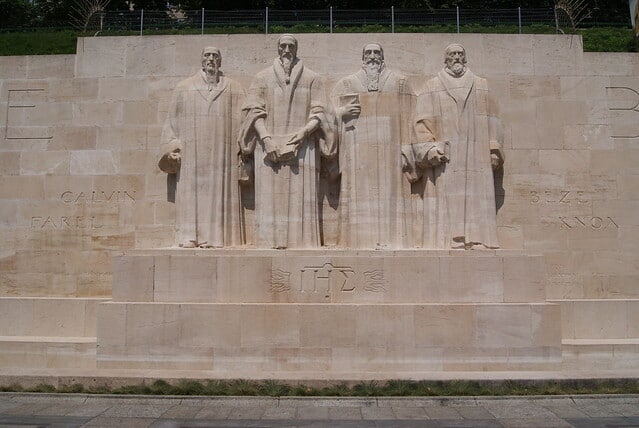 Now, many people, when they see the terms Southern Baptist and Reformed in the same sentence – they are surprised. Surely, this is a contradiction. Doesn’t “reformed” imply you have to believe in infant baptism? What about the Southern Baptists who are not Reformed? Should we segregate over this distinction? 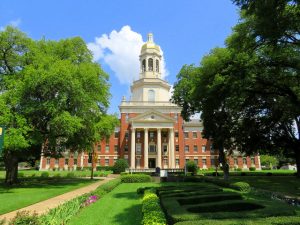 To be a member of a Baptist church you have to be baptized, that is, fully immersed in water. This occurs only after the person has made a profession of faith, also known as the credobaptism view. Baptists eschew paedobaptism. This is because baptism is an ordinance given to us by Jesus at the great commission (Matthew 28:19-20.)  Baptists also prefer an autonomous church government structure, instead of the governing authority model of the Presbyterians.

Mapping out the history of the Baptist denomination is a bit difficult. Many of the historians will disagree on how these details fit together. What we do know is, after the Apostles, the teachings of the church were very cohesive. As time progressed and corruption seeped in the Church, the teachings became further and further removed from what the Apostles and Scripture taught. However, there were many people who held to what Scripture affirms – even those, like Iraeneus, who held to believer’s baptism.

Then came the great Reformation where the focus of the Reformers was on the authority of Scripture and justification by grace alone through faith alone. Then arose the Separatists and the Puritans in England in the early 1600’s. Then arose the Congregationalists, which is a very early form of what the Baptist church is today. They held to a democratic form of church government, where the congregation is involved in church leadership.

The Southern Baptist Convention has purposefully left their Baptist Faith and Message ambiguous in regard to soteriological leanings so that both the Calvinists and Arminians can worship together at the same church. After all, why should we let a tertiary issue divide us? 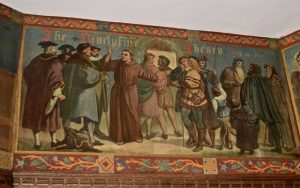 Many of the distinctives listed can be viewed in agreeance by those who would not consider themselves reformed. This is why Baptists who are Reformed can worship together in church with those who are not.

To be Reformed is, essentially, to be rooted in the Protestant Reformation. The great reformers opposed the corrupt Catholic church so that the correct doctrine of salvation could be taught. By grace alone, through faith alone, in Christ alone, for the glory of God alone, according to Scripture alone.  Christ alone is sufficient for salvation. Not Christ plus a long list of “good” deeds. Reformed theology is comprehensive in its biblical worldview as well as being doctrinal.

The primary focus of Reformed theology, and of the Reformation, is the authority of the Word of God. Scripture should be the sole authority for all aspects of our life. Not man’s ideas. Not traditions passed down. God’s Word, and God’s Word alone. The Bible is inspired, inerrant, and authoritative. Even Baptists who are not Reformed can agree to that. God’s Word is pure. It not only is free from error, but is free from the teaching of error.

“All Scripture is inspired by God and profitable for teaching, for reproof, for correction, for training in righteousness; so that the man of God may be adequate, equipped for every good work.” 2 Timothy 3:16-17

“For the word of God is living and active and sharper than any two-edged sword, and piercing as far as the division of soul and spirit, of both joints and marrow, and able to judge the thoughts and intentions of the heart.” Hebrews 4:12

The Doctrines of Grace are what Calvinists believe. It is an understanding of Soteriology through the lens of how magnificent God’s grace is, what unmerited favor He has bestowed on the undeserving, and that God alone is sovereign over all of His creation. He is all-powerful, all-knowing. Even the faith required for our salvation is a gift from God. We are such utterly depraved beings that we cannot do anything good whatsoever, and we deserve the wrath of God. But God poured out His wrath on Christ on the cross. Jesus died on our behalf, paying the penalty we deserved so that we can be with Him in eternity.

This is the core tenet to Calvinism: that God is Sovereign even over salvation. God chose who would be saved not based on anything “good” in that person, but He decided to bestow His love on the unworthy. Christ’s blood was sufficient for all people, but it was not effectual for all – otherwise, we would all be universalists. Everyone that God calls will answer because God is all-powerful. We are the clay and He is the Potter – we mold to His will. And lastly, we are secure. We can do nothing to lose our salvation.

“What shall we say then? There is no injustice with God, is there? May it never be!  For He says to Moses, “I will have mercy on whom I have mercy, and I will have compassion on whom I have compassion.”  So then it does not depend on the man who wills or the man who runs, but on God who has mercy.  For the Scripture says to Pharaoh, “For this very purpose I raised you up, to demonstrate My power in you, and that My name might be proclaimed throughout the whole earth.”  So then He has mercy on whom He desires, and He hardens whom He desires. You will say to me then, “Why does He still find fault? For who resists His will?” On the contrary, who are you, O man, who answers back to God? The thing molded will not say to the molder, “Why did you make me like this,” will it?  Or does not the potter have a right over the clay, to make from the same lump one vessel for honorable use and another for common use? What if God, although willing to demonstrate His wrath and to make His power known, endured with much patience vessels of wrath prepared for destruction? And He did so to make known the riches of His glory upon vessels of mercy, which He prepared beforehand for glory,” Romans 9:14-23

“For when Gentiles who do not have the Law do instinctively the things of the Law, these, not having the Law, are a law to themselves, in that they show the work of the Law written in their hearts, their conscience bearing witness and their thoughts alternately accusing or else defending them, on the day when, according to my gospel, God will judge the secrets of men through Christ Jesus.” Romans 2:14-16

“Who gave Himself for us to redeem us from every lawless deed, and to purify for Himself a people for His own possession, zealous for good deeds.” Titus 2:14

In Covenant Theology there are three major covenants between God and mankind and a covenant between the Godhead in regard to how everything is to relate. The Covenant of Redemption is the agreement between the Trinity that God the Father would appoint Christ the Son to redeem fallen man. This is seen in Titus 1:1-3.  The Covenant of Works was made in the Garden of Eden between God and Adam. Adam disobeyed God and broke the covenant. So then the third Covenant was required: the Covenant of Grace. This is the promise that man will spend eternity with God in heaven for belief in Christ and obedience to Scripture’s call to repent. One key difference in how Reformed Baptists view Covenant theology vs how Presbyterians view Covenant theology is in the understanding of Baptism. Baptism is seen as a sign of the Covenant, made between God and the man who has made a profession of faith.

The historic creeds of the church are viewed as highly useful. Creeds are based on Scripture for the purpose of concisely elaborating on a belief. Creeds to not take the place of Scripture. They are written summaries of the Christian faith. Some of these creeds include the Nicene Creed,the Athanasian Creed,  the Apostles Creed, and the 1689 London Baptist Confession. Many churches also write their own Church Confession and by-laws.

Reformed believers  hold to the understanding that the supernatural gifts of the Holy Spirit were used for a specific time in history and for the specific purpose of proving the message of the messenger. This was useful during the time of the Apostles. So, while Reformed believers will agree that God can miraculously heal, it is unusual and rare. They oppose healing services and speaking in tongues as is commonly seen in the Continuationists camps.

Reformed believers hold to the scriptural position that only men can be elders, deacons, and pastors. Most reformed churches will have a plurality of leaders in positions of elders as well as deacons.

“If any man is above reproach, the husband of one wife, having children who believe, not accused of dissipation or rebellion. For the overseer must be above reproach as God’s steward, not self-willed, not quick-tempered, not addicted to wine, not pugnacious, not fond of sordid gain, but hospitable, loving what is good, sensible, just, devout, self-controlled, holding fast the faithful word which is in accordance with the teaching, so that he will be able both to exhort in sound doctrine and to refute those who contradict.” Titus 1:6-9

Reformed believers hold to Sunday as the day God appointed as Sabbath and to worship Him. Many Reformed churches hold to the Regulative Principle of Worship. This is the belief that there is an acceptable way of worshipping God, and we do so only the way He has prescribed, not by worshiping Him according to man’s imagination. We are to worship God in Spirit and in Truth – God’s Truth. This prevents consumerism, individual preferences, emotionalism, entertainment seekers and pragmatism from taking over the worship service.

“But an hour is coming, and now is, when the true worshipers will worship the Father in spirit and truth; for such people the Father seeks to be His worshipers.” John 4:23 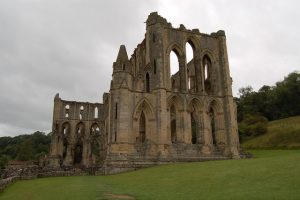 The Bible is completely sufficient for what we are to believe, how we are to conduct Church, how we are to behave, and how we are to interact with the world. The church exists merely for the glory of God. While we need to agree on the primary issues: (the Trinity;  that salvation is by grace alone through Christ alone; that the Bible is the inspired, inerrant, and authoritative Word of God; that God is all-knowing, all-powerful, creator of all things; that Jesus is God’s Son the second person of the Godhead.) and while we need to agree on the distinctives in our particular denomination (believers baptism for example.) We can agree to disagree on issues such as predestination and worship style.  These minor differences shouldn’t impact ecumenicism – the fellowship amongst our spiritual brethren. We can worship together and even attend church together.

Instead of debating as to whether or not Southern Baptists should divide between those that are Reformed and those that are not, let us bolster together to face the more severe obstacles facing our denomination: the rise of women pastors, the homosexual agenda, intersectionality, critical race theory, and all the other social justice movement issues wherein the Gospel message is confused with social matters. We must take up the banner of proclaiming the Gospel to a lost world, not squabbling over trivial issues. The influence of the world is seeping into our church, we must bolster together for the sake of Christ’s name. 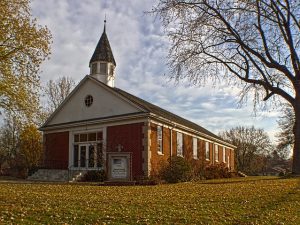 To read more about the inspiration, inerrancy and authority of scripture go here: https://strivingforeternity.org/the-inspiration-inerrancy-and-authority-of-scripture/