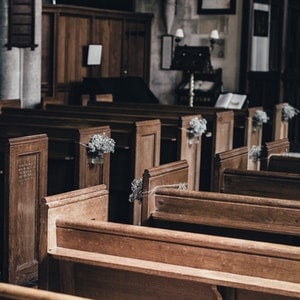 “For certain persons have crept in unnoticed, those who were long beforehand marked out for this condemnation, ungodly persons who turn the grace of our God into licentiousness and deny our only Master and Lord, Jesus Christ.”  Jude 1:4 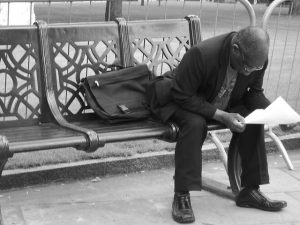 For certain persons have crept in unnoticed,

What a scary thought. How quickly and undetectably evil can slip into the church – and into the lives of the Believers. When you ask a man who has committed adultery, almost always it happened because he let his guard down and developed an emotional attachment for someone other than his wife. He didn’t wake up one day and decide to wreck the lives of his family. It crept in, slowly. They slid in on the side door. The false teacher didn’t walk right up to the pulpit spewing heresies. He snuck in.

Here, Jude is referencing false teachers. These are men who at first would have seemed no different than other believers. They looked the part. They used the right lingo. They probably seemed kind and genuine. But their doctrine was just a little skewed at first. It was just a little off base. Not anything that anyone would want to cause any trouble about. This is what makes them so dangerous – it is at first almost completely unnoticed. But by the by, their teaching became more prominent and more contrary to the scripture. Such teachings are an affront on the foundation of our truth – the authority of the Bible.

“Now there were also false prophets among the people, just as there will be false teachers among you. They will secretly introduce destructive heresies, even denying the Master who bought them – bringing swift destruction on themselves.” 2 Peter 2:1

Those who were long beforehand marked out for this condemnation,

The Lord is sovereign. Nothing happens in this world that takes Him unawares. He wasn’t surprised that these false teachers had snuck in. This is judgement or condemnation. This usage is written in contrast to “the called” mentioned a few verses earlier. Just as God has specifically called for Himself a group of people to be His own, He has therefore passed others by. So before time began, they were marked out for condemnation. These false teachers  are allowed by God. The Lord did not author them, for He is not the author of evil. But wicked men will follow their wicked hearts – and the Lord knew from before time began where their course would take them. Their deeds were ordained by God, and we can trust the Lord to only allow that which is for our ultimate sanctification and His glory. It was predetermined that they should be condemned for their ungodliness. God will decree only that which will show His power and wisdom and goodness – even if we cannot fully understand how. How safe it is to be able to rest knowing that God is in such complete control – we are safe in Him. 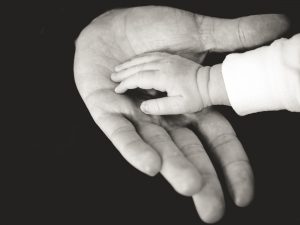 Ungodly persons who turn the grace of our God into licentiousness and deny our only Master and Lord, Jesus Christ

These false teachers were turning the grace of God into an excuse to live wicked lives. They used grace as a coverup for evil. They were abusing the grace of God. Just because we have eternal security does not mean that we are allowed to live however we want – we still are commanded to live in obedience to Christ. We are doulas, slaves of Christ. We are not to follow the sinful pull of our corrupted flesh – we are to beat out bodies into submission to our Master.

“For the grace of God that brings salvation has appeared to all men, teaching us that, denying ungodliness and worldly lusts, we should live soberly, righteously, and godly in the present age.” Titus 2:11-12

Some translations end this verse with “denying the only sovereign God, even our Lord Jesus Christ.” The doctrines they held were denying the one and true God. It can be understood that they were teaching that there are other means to eternal life other than repenting of your sins and clinging in faith to Jesus Christ.

So whether it is a believer thinking that he can watch shows filled with nudity and sexual scenes thinking that because he is such a mature believer he won’t be affected, the false teacher who is teaching that all good people will go to heaven regardless of who they worship, or whether it is the woman who is promoting “easy-believeism” and neglecting to fully elaborate on the truth of the gospel. There are many ways in which the grace of God is being maligned today.  Anything other than grace alone, by faith alone, in Jesus alone for our salvation is denying Christ.

For the other articles in this series please go here: