How Important is Literary Context in Understanding the Bible? 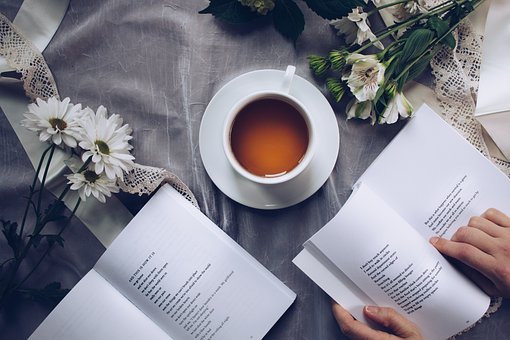 How important is “literary context” to understanding the Bible properly?

The following is a discussion post originally done to fulfil an assignment for Liberty University’s Hermeneutics class. I attempted to answer the following questions: “How important is ‘literary context’ in understanding the Bible properly? What are 3 important principles that should guide the practice of interpretation? Define the following terms: immediate context, book context, and Bible context. Which one of these is most useful in hermeneutics? Why? If you were given the task of teaching a class on interpretation, how would you explain the task of understanding the literary context of a passage? Why would it be important in your opinion? What problems could arise if one doesn’t take the literary context into consideration?”

Literary context is extremely important when trying to understand the Bible properly. The Bible was not written as a series of disconnected verses, like the Quran. The Bible was written as books, letters, songs, poetry, and other complete works. They are not the ramblings of a madman in a cave, like the Quran. They are complete works written to prove a point. This means every verse works in unity with each other. Since this is true, each passage must be read in its literary context, immediate context, book context, and Bible context. More on that below.

Three important principles which should guide interpretation are to interpret the words in their natural meaning in their literary contexts, a text without a context maybe a pretext, and the smaller the text, the greater room for eisegesis.[1] Each of these principles are important to interpreting a passage. It all boils down to the repeated phrase by many different interpreters, context is king.

If I was teaching a class on interpretation, and I have, I would start with teaching literary context by showing the spheres of interpretation by looking at lenses. When one goes to an optometrist he or she is instructed to read certain lines on a wall. The optometrist then uses lenses to make the text clearer. The first lens of interpretation is immediate context, the verses and passages which surround the passage of study. The next lens is book context, the major themes and outlines throughout the book. The last lens is book context, the parallel passages throughout the scriptures.

Look at the phrase, “Honey, I shot the dog.” Obviously, the phrase shows the person is addressing someone addressed as “honey.” The subject is “I,” “shot” is the verb, and the direct object is “the dog.” Immediate context is seeing that this is a husband talking to a wife about shooting their dog because it had rabies. Book context is seeing this is a movie called “Old Yeller.” Bible context would look at the different movies and real life events which “Old Yeller” is based off of and impacted. I do not believe this is a phrase mentioned in the actual movie, but it illustrates the point.

The importance of teaching literary context is to show people that the Bible does not mean whatever people want it to mean. It only means what the original author meant in the context of what he wrote. When one looks at the literary context, they avoid the process of proof texting. When one reads what a passage says and the immediate context, they avoid very dangerous doctrines.

Another example would be interpreting a well-known Bible verse like John 3:16. Many people take John 3: 16 to mean God loves them and want them to be saved. While this is true, immediate context shows this is a conversation between Nicodemus and Jesus on the nature of Jesus, being able to enter the kingdom of heaven, and being born again (John 3: 1 – 15). It also tells the reader only those who believe will be saved, but those who do not believe will perish because they do not live truth, but their sin (John 3: 17 – 21). This means there is a judgement for not believing in Jesus, perishing.

If you want more information on studying the Bible and how to interpret it correctly, check out the store section at strivingforeternity.org/store. There are tons of resources to help you get started on your journey to interpreting the Bible better. Also invite Andrew Rappaport and Anthony Silvestro to come to your church and teach you biblical interpretation with their Biblical Interpretation Made Easy Seminar. Lord bless you and strive to make today and eternal day for Christ Jesus.