Evolution and the Bible are not Compatible 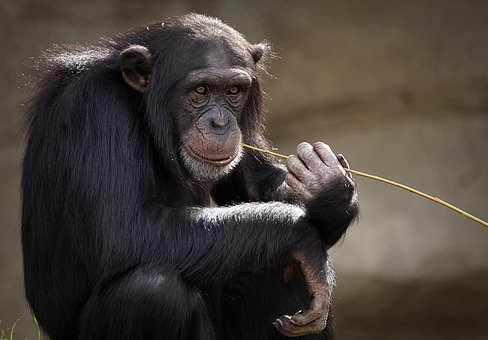 This post was initially written to fulfill a partial requirement  for the Public Theology course at Liberty University’s John Rawling’s school of Divinity. It was written to answer the following prompt, “Post an initial thread discussing, the problems with evolutionary ethics. Which of the problems McQuilkin and Copan mention in Chapter 11 are most important — that is which is the most compelling reason to reject  Evolutionary Ethics and why. Consider whether McQuilkin and Copan overstate the case or not (are the problems with evolutionary ethics inevitable, or merely possible problems, for example). Consider whether Evolutionary Ethics is compatible with belief in God as the foundation for Ethics. (Don’t merely say, ‘The Bible teaches creation, therefore evolution is incompatible. . .’  Instead, consider the logic of the question and offer a defense of your view that will be convincing to a general reader.)”

Evolutionists constantly propose one does not need God to be a good person. An evolutionist can give money to the poor, help an elderly person cross the street, or save a beached whale. Yet, the evolutionist has no reason to do so. Evolution requires the faith in the unscientific belief that time plus nothing equals everything through natural selection and mutations. It is an attack against plain reason. Morality falls apart when evolutionary ethics are thrown in the mix. There can be no morals if there is no moral law giver. There are no reasons to live ethically, even for survival. Why should someone not steal from someone else, especially when the chances for survival are better when one has more. As McQuilkin and Copan say on the assumption of human dignity, “make better sense if human beings have been made in the image of a good God (Gen 1:26–27) than if they were the products of mindless, impersonal, valueless, material forces.”[1]

Human Dignity, the Most Compelling Reason to Reject Evolutionary Ethics

This brings the discussion to the most important reason for rejecting Evolutionary Ethics. As McQuilkin and Copan point out above, mindless matter and random chance cannot account for human dignity.[2] Human dignity has to come from a source higher than itself; otherwise man is just the latest version of pond scum to evolve by mere accident.

If one claims people came from goo to you by way of the zoo, no one can be expected to live up to any moral standard above animals. No one tells a lion it is evil for eating the antelope. No one tells the shark that eating a baby seal is morally reprehensible. Yet, if a human brutally rapes and kills another human being, there is a sense of outrage. However, if the human is just an animal, then he is no more morally responsible than any other animal. As Paul Copan said about evolutionary ethics in failing to account for right and wrong, “it leaves us skeptical about whether we can have confidence about fundamental epistemic and moral convictions.”[3]

Humans throughout the centuries and cultures have considered murder, breaking promises, and lying as wrong.[4] Yet, this makes sense if mankind was made in the image of God a certain sense of what was right and wrong (Genesis 1:27, Romans 1: 18 – 20, 2: 14). This does not make sense in an evolutionary point of view. It makes sense if a man were to murder another man to increase the supply of food he can get and decrease the competition with females. It makes sense from an evolutionary point of view to be a serial rapist to promote one’s DNA survives. This shows morality only makes sense if God inherently created mankind with inherent worth in both sexes.

Is Evolutionary Ethics Compatible with God

This author has already established ethics and evolution are not compatible. Evolution was invented by Darwin to account for creation without God and make it intellectually acceptable to be an atheist.[5] It is naturally opposed to God giving man dignity in creation, giving him responsibility, and holding him morally responsible when he fails (Genesis 1: 27, 2: 15 – 17, Genesis 3: 15 – 24). The biblical explanation is the most logical explanation to account for morality in human dignity, human responsibility, and human accountability.

Evolutionary ethics, on the other hand, has no value for human life, no one to be responsible to, and no one to hold humans accountable for what they do. Evolutionary ethics cannot even condemn cannibalism. If humans are animals, and animals eat meat, why would it be wrong to kill humans and eat their meat? Evolutionary ethics can only say it is not normal behavior or many humans prefer not to do it; however, if the DNA evolves to the point that it is morally acceptable to cannibalize, there is no one higher to condemn it.

It is generally accepted morals are discovered rather than created.[6] This means morals are not invented, either in genetics or in society. Morals have to come from a source above mankind. As mentioned above, the Bible accounts for this in the creation account. Evolutionary ethics cannot account for this. This shows Evolutionary Ethics are not compatible with God or the Bible.

Evolutionary ethics are often adopted to accept morally reprehensible behavior like sexual immorality. Yet, it cannot account for breaking an ethic in any given situation, let alone provide an answer for forgiveness. The Bible on the other hand not only gives reason for morality, but also provides forgiveness for breaking God’s ethics in the sacrifice of Jesus Christ. It is so clearly summed up by the apostle Paul, “For our sake he made him to be sin who knew no sin, so that in him we might become the righteousness of God” (2 Corinthians 5: 21, ESV).

If you want more biblical resources on how to study the Scriptures, then check out the store at strivingforeternity.org/store. There are also a lot of other articles on the website to encourage you to dive deeper into God’s Word. Please also check out Apologetics Live at strivingforeternity.org/apologeticslive where Andrew Rappaport, Anthony Silvestro, and Justin Pierce answer your questions and teach you how to defend the faith. It is on from 8pm – 10pm EST. Also do not forget to check out the Rap Report where you can hear the teaching of Andrew Rappaport and the Christian Podcast community. Lord bless you.