What Happened To Al Mohler? 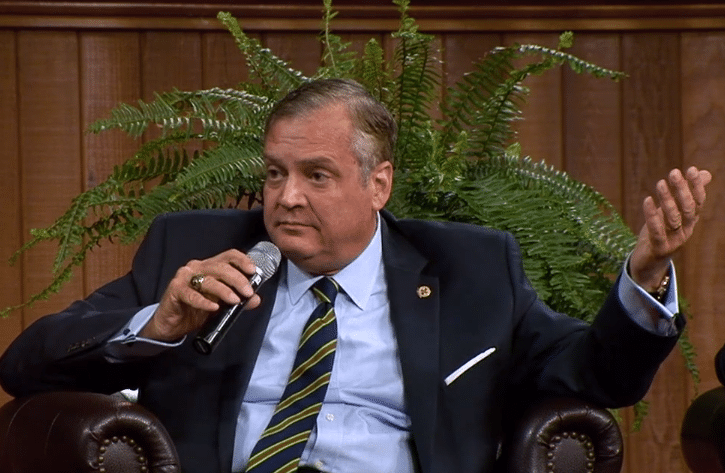 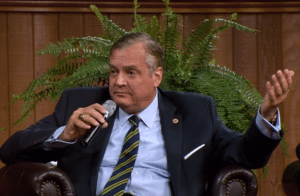 What Happened To Al Mohler?

When the Southern Baptist Convention approached its annual convention this week, there was a highly anticipated, fourfold race for its Presidency.  As Michael O’Fallon of Sovereign Nations observed, “The SBC Presidential race features: Two conservative Pastors, One Progressive Pastor, One Hegelian-methodology-inspired, strategic, progressive-CRT-appointing, politics-playing human weathervane.”

As for the “one Hegelian-methodology-inspired, strategic, progressive-CRT-appointing, politics-playing human weathervane” candidate, that would be Albert Mohler.  Despite O’ Fallon’s astute summary of him, conventional wisdom would have likely found most onlookers presuming that Mohler would be the winner.  Even with the many issues facing the convention that drove attention to the Conservative Baptist Network candidate Mike Stone, or to the accountability platform of candidate Randy Adams, it still seemed likely that the senior statesman stature of Mohler would prevail.

But in the first vote, Mohler came in a distant third behind first-place Stone and second-place Litton.  Mohler didn’t even make the run-off.  How could this have come about? 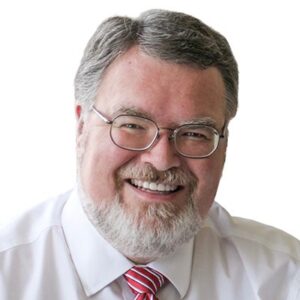 “Look, here’s Al’s problem when you get right down to it.

“In 2016 he was a never-Trumper and he continued that for years.  Then [in 2019] he would not stand on the floor in Birmingham against Resolution 9.  And he actually helped Tom Ascol [Founders Ministries] draft the good amendment that failed that would’ve made Resolution 9 decent.  And then, at the last minute, [Mohler] tells Ascol, well, you know, I can’t stand against a faculty member at the [SBTS].  Well, the faculty member, of course, is Curtis Woods who was Chairman of the Resolutions Committee who was all in on critical race theory and intersectionality.  So he [Mohler] backs off at the last minute but, oh wait, he attacks it [CRT] two days later on The Briefing!  Well, which is it Al?  Come on!

“So at the moment at which 30 seconds of verbiage would have killed it [CRT] 90-10, he allowed the SBC to pass something it didn’t understand that has horribly divided the denomination now for two years.  It is the albatross around all of their necks.  They’re all backpedaling from it desperately.  And there wouldn’t be a Conservative Baptist Network if they hadn’t passed Resolution 9.  This has just been a nightmare for them and for us and for the world.  And Al gave it to you.  So then, last year, he comes back and endorses Trump and he puts out this statement attacking CRT.  Again, you can’t please everybody if you’re going to nuke everybody.”

Martin is exactly right with regards to the efforts of Mohler to please both sides on the issue of CRT.  Mohler infamously became defensive on the matter of CRT, and particularly the Statement on Social Justice And The Gospel, during a Q&A session at Shepherds’ Conference in March 2019.  Alongside fellow SBC’er, pastor Mark Dever, and Ligon Duncan, Mohler tersely, effectively “nuked”  his longtime conservative allies represented by John MacArthur and his supportive cadre of theologically conservative Christians.  Mohler’s ploy seemed to be seeking a conciliatory embrace by his own more moderate colleagues within and without the SBC while perhaps presuming to maintain the favor he had so long enjoyed among conservative evangelicals.

The SBC Convention of Wokeness

The historic SBC Convention at which the now infamous, divisive, CRT-affirming Resolution 9 was passed occurred in June 2019.  The Chairman of the Resolutions Committee at that Convention was, as Martin points out, Curtis Woods, a professor employed at Southern Baptist Theological Seminary under Mohler.  Woods is “all in on critical race theory and intersectionality.”

As Tom Ascol has noted in commentary surrounding his ministry’s cinedoc “By What Standard?,” Mohler notified him at the convention prior to Resolution 9 coming to the floor.  Once introduced, had Mohler merely given a dissenting opinion to the Resolution, it would likely have not passed, been tabled for consideration by a subsequent convention, or have been heavily amended to make it theologically and biblically acceptable.

Yet, as Martin notes, Mohler refused to give “30 seconds of verbiage” to bring either defeat, delay, or deliberation to what has brought immense controversy to the Convention.  An amendment to Resolution 9, on which Mohler assisted Ascol, went undefended by Mohler on the floor of the 2019 Convention.  The amendment was defeated.

Why did Mohler not speak?  According to Martin, Mohler’s words to Ascol were “I can’t stand against a faculty member.”  Mohler was playing to the crowd of the liberal, CRT-endorsing Resolutions Committee chaired by one of his own Seminary’s employees.

Now, while Mohler was seeking to judiciously placate the liberal faction of the SBC, he was concurrently speaking against the very ideology such placating expressly endorsed.  Even at the contentious Shepherd’s Conference Q&A, Mohler was adamant that his entire career had been spent exposing and combating theological liberalism, most certainly as it is embodied in CRT.  Why then didn’t he sign the Statement?  He responded with a rather academically smug posture claiming that he just didn’t sign statements that he played no substantial part in producing.

Playing To The Crowd

As Martin notes, immediately after the 2019 SBC Convention and its passage of Resolution 9, Mohler could be heard on his daily podcast, The Briefing, arguing the incompatibility of CRT with Christianity and warning of its ideological dangers.  Two days after he remained silent when the SBC was dealing with the divisive and largely unknown ideology of CRT, Mohler was broadcasting in opposition to the very ideology against which he had just refused to take a stand.

Thus Mohler has exhibited a track record of straddling the fence.  On the one hand he attacks the ideology of CRT.  On the other he facilitates it.  Such facilitation, by the way, is in no way a slight matter.  When Resolution 9 came to the floor of the SBC 2019 Convention, CRT was already being taught in Southern Seminary and in other SBC seminaries.

So by the time the SBC arrives at this now-concluded 2021 Convention, Mohler had effectively done himself in.  Those on the left see him as willing, able, and sufficiently well-platformed to speak against their pet ideology, thus making him a threat.  Those on the right see him as a once-revered conservative Baptist statesman, but one who willingly contradicts convictions for the cause of compromise.  Agree or not, Mohler has become to many a “double-minded man.” And, as Scripture tells us, that is a man “unstable in all his ways.” (James 1:8)  In Mohler’s case, “unstable” may now be adjoined by “unelected.”

Perhaps that is exactly why Al Mohler is not the newly elected President of the Southern Baptist Convention.  Rod Martin’s words summarize it well:

“Al has spent a lifetime trying to make everybody happy and for once he was able to make absolutely no one happy.”

For further resources on Al Mohler, we recommend the following:

Can Al Mohler Have His Cake And Eat It Too, Part 1

Can Al Mohler Have His Cake And Eat It Too, Part 2