“A Despicable Practice” – Mohler On Litton? 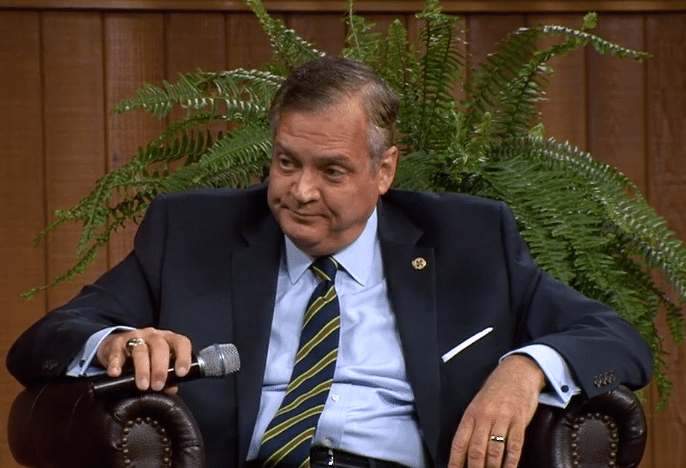 In recent days, the egregious plagiarism scandal of Ed Litton, newly elected President of the Southern Baptist Convention, has been the controversy du jour of evangelicalism.  An already clearly divided SBC has shown, as would be expected, the scandal to be markedly polarizing within the denomination.  Though “Sermongate” continues to be a hotly discussed social media topic, Baptist Press, the SBC’s official news agency, contains just one article about it.  That article essentially summarizes the respective public statements published by Greear and Litton.

Though anyone familiar with the SBC will find it unsurprising, the elite power holders in the convention have been widely supportive of Litton.  As highlighted in this article, well-platformed leaders who have rushed to defend Litton’s integrity, humility, and transparency include J.D. Greear, the previous denominational head.  Along with Greear will be found Daniel Akin, President of Southeastern Baptist Theological Seminary (SEBTS), and that school’s Provost, Keith Whitfield.  The Convention’s recent Resolutions Committee Chairman, James Merritt, has likewise lauded Litton on social media.

But there’s one person who has been curiously quiet in these recent scandalous SBC days: Albert Mohler. 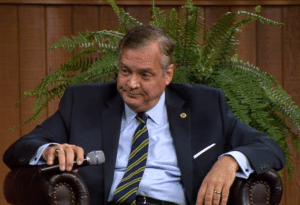 Though he lost the Presidential contest at the recent convention, Mohler might have been expected to at least comment publicly on the scandal, if only to perhaps bring some presumed elder statesmanship wisdom to the controversy.  After all, Mohler has continued his daily podcasts, The Briefing, on which he opines about everything and anything newsworthy he presumes Christians need to know.  Yet a quick look at his recent podcast topics show that he has not addressed the subject as an official tagline of his show.

Perhaps Mohler, who almost single-handedly gave the SBC over to critical race theory and intersectionality at the 2019 convention by failing to speak against Resolution 9, has chosen the path of silence in light of his presidential defeat.  Perhaps he has decided to return to the halls of theological academia and to his microphone, leaving the bitter political battles of denominational life alone.  After all, if he speaks against Litton, he might appear to be a bad loser and an SBC “company man” who simply isn’t playing ball.  If he speaks in support of Litton, he might stand to be further alienated from the conservative wing of the party where he may still maintain a modicum of support.

But we might be able to say this.  Al Mohler does have an opinion about the Litton scandal, at least he should if we consider what he discussed on his podcast in December 2006.

Mohler On Plagiarism In The Pulpit

On what was then “The Albert Mohler Program,” Mohler posted a show entitled “Plagiarism In The Pulpit: Stealing The Material We Preach.”  The show was originally broadcast on December 6, 2006, and was re-broadcast on January 5, 2007.  Alongside Mohler was guest and colleague Hershael York, now the Dean of the School of Theology at Southern Baptist Theological Seminary.

The starting point for Mohler’s discussion was a still extant article from the Wall Street Journal published November 15, 2006.  That article was titled, “That Sermon You Heard Sunday May Be From The Web.”  Mohler highlights some of the commentary from the article, particularly emphasizing that sermon plagiarism was a widespread problem to be found in nearly every city and town around the country.

“In this day of instant access to thousands of sermons over the internet,” Mohler said, “it turns out that there are a good number of preachers who simply aren’t going into the study and spending hours and hours each week preparing sermons.  Instead, they’re preaching someone else’s material.”

What’s Not New Under The Sun

Shifting from the Wall Street Journal piece, Mohler addresses a non-extant article from Rick Warren’s pastors.com entitled “Don’t Be Original, Be Effective.”  As expected, Warren’s site promotes and profits from all things pragmatic.  The article claims that after all, as Ecclesiastes says, it’s not something new under the sun to use the research and sermons of others as your own.

“I’m sorry,” Mohler indignantly declares, “but this is one of the most despicable practices I can imagine.  I cannot imagine sitting in the congregation knowing that this guy is simply parroting what he has read, borrowed, or stolen from someone else.”

What Does It Matter?

As with some observers who are dismissive of the Litton scandal, Mohler took a question from a caller with a likewise lack of concern about the matter of plagiarism in the pulpit.

Here’s the brief discussion between Mohler and his caller Jeff:

Jeff:   “As long as we’re hearing God’s Word and hearing it correctly, then what does it matter if a preacher uses someone else’s sermon?”

Hershael York similarly agreed in opposition to any sermon plagiarizing.  “If there is something unique that is true intellectual property, it has to be cited.  You have to give credit.”  York added, “If someone just stimulates your thinking, that’s one thing.  But if you’re actually using their material, then you need to cite it.”

A well-stated summary from York must be noted.  “The main task of the pastor is to preach the Word,” he said, “and it says something about our view of the Word of God if we are not giving that the attention that it needs and deserves.”

Just before closing the episode, Mohler remarks that sermon plagiarism “has been the demise of some ministries.  It has led to the resignation of some very prominent pastors in America.”

If the now silent Mohler is consistent with his 15-year-old broadcast, then we must be persuaded that his view of Litton’s activity would be, in a word, “despicable.”  Mohler would, to be consistent, declare that Litton, like his caller Jeff’s pastor, is not a preacher “if he’s preaching someone else’s stuff.”  We must further presume that, unless Mohler has had a convictional change of heart, he would not find it unprecedented or unusual if the “prominent pastor” Ed Litton is forced to resign over his pulpiteering plagiarism.

These observations are merely, and only, deductions from the single clear conversation which Mohler has publicly provided on the topic of “Plagiarism In The Pulpit.”  Whether these deductions are accurate, the SBC and evangelicalism simply don’t know.  If silence is consent, we are left to argue on which side Mohler’s consent falls: in support or in opposition to the new and apparently plagiarizing President of the SBC.  But it seems clear that wherever Mohler falls with his view, he will continue to alienate scores of SBC members, just as he has done with Critical Race Theory.  Indeed, silence may be consent, but it may also be cowardice.

“God chooses not milksops destitute of backbone, to wear his glory upon their faces.  We have plenty of men made of sugar, nowadays, that melt into the stream of popular opinion; but these shall never ascend into the hill of the Lord, nor stand in his holy place, nor wear the tokens of his glory.”

See where we have pointed out the hypocrisy on other issues like Beth Moore and Social Justice in the SBC.